COVINGTON, Ga. - Two teams who dominated opponents, but fell short of their ultimate goals in 2018 will take the field Friday night in the High 5 Sports Game of the Week, with hopes of flipping the script with a host of young players, many of whom never saw the field during their team's respective playoff runs last season. Friday night will mark the first time Eastside and Mary Persons have ever faced each other on the football field.

The Bulldogs from Forsyth stumbled into the postseason, losing two of their final three games, while the Eagles continue to gain experience and confidence, riding a four-game winning streak into round one of the GHSA playoffs.

Game of the Week preview – Mary Person vs Eastside

"We finished the year strong after facing some adversity early," said Eastside Head Coach Troy Hoff. "The team grew up over the season and I think we're playing better football now than we were a week ago or two weeks ago, and that's our goal heading into the postseason is to continually get better." 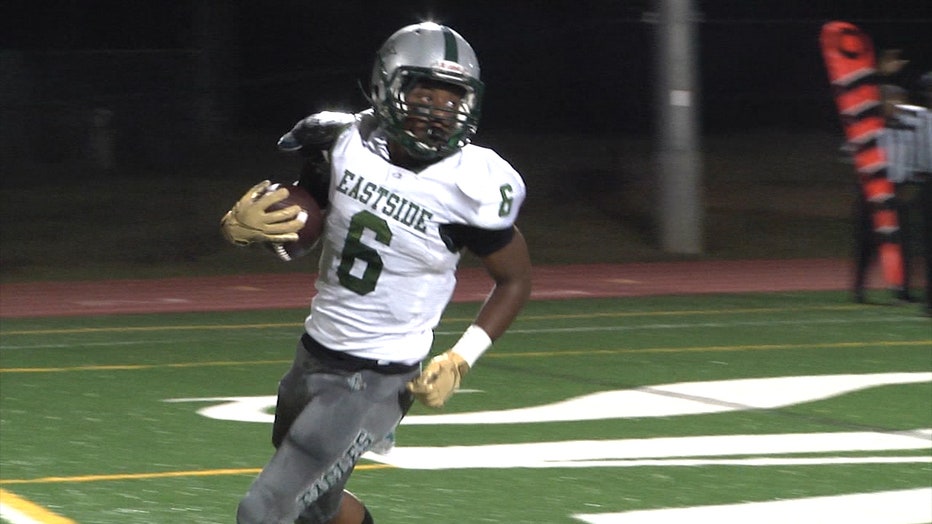 Adversity struck in week two against Newton when Eastside's star wide receiver Colby Shivers was lost for the season with an ACL tear. But, the Eagles girded themselves and won seven of their last eight games, grabbing the second seed in Region 4-AAAA after starting the season 0-2. Eastside is just one year removed from losing in the quarterfinals to eventual state champion Blessed Trinity- the Eagles only blemish on a 12-1 season- but that team was loaded with senior leadership. Hoff began the year with nine new defensive starters, and with the loss of Shivers, one of their emotional and spiritual leaders, it's been a test of intestinal fortitude. Shivers, meanwhile, is finding ways to contribute off the field.

"I'm just being their biggest supporter, I'm being their biggest fan," Shivers said. "I'm trying to teach them and let them know everything that they're doing wrong. I'm just trying to coach them up the best I can without being out there and it's gone pretty good so far, especially since I got hurt. Dayton Green (junior wide receiver) stepped up and he's playing really well and overall we're playing good football right now." 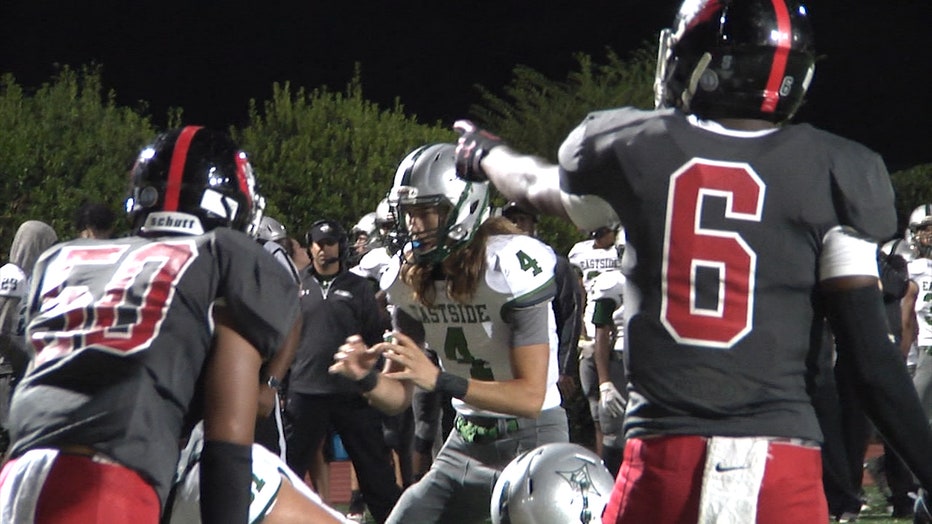 Shivers and Eastside quarterback Noah Cook remains good friends, even if they can't connect on the football field anymore. The two standout athletes make a mean double-play combo during baseball season. Shivers has hopes of recovering from his injury in time to play for the Eagles baseball team in the spring, but for now he'll settle for cheering on his team as they prepare for a first-round playoff game with traditional middle-Georgia power Mary Persons (5-5, 3-2 in Region 2-AAAA) Friday night at Sharp Stadium in Covington in what appears to be a fairly even match-up. Bulldogs head coach Brian Nelson was faced with replacing 17 starters of his own in 2019, a year after his team took a top-seeded, senior-laden group into the playoffs, only to lose in the quarterfinals to Marist and finish 12-1.

"At this point in the season, the records and the seedings really don't mean anything. Every week you need to come to play because it's playoffs and the team that's showing up Friday night is a good football team. Mary Persons has a great tradition and coach Nelson's done a great job with them for a long time, so we know we've got our work cut out for us, but our kids are excited for the opportunity," said Hoff.

As is the case with many playoff games, this one could come down to special teams, and the Eagles have one of the best players in the state on their side. Senior punter and placekicker Ezra King is a weapon for Hoff, flashing an 87 percent touchback ratio on kickoffs while averaging over 40 yards per punt. He hit a 45-yard field goal in a cold rain last week against Hampton. King has interest from several colleges and universities, including division one schools.