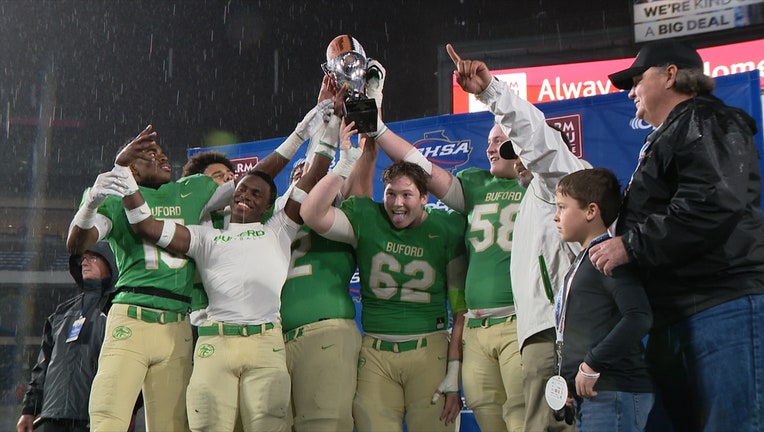 Hayden Olsen did it with his leg again for Buford.

After the senior kicked the game-winning 28-yarder as time expired to beat Carrollton in the third round of the playoffs, he was called upon in overtime of the 5A state championship game for a 25-yarder.

Olsen's game-winner capped a comeback from a 14-7 deficit late into the fourth quarter. After scoring first in the opening quarter, the Wolves allowed 14 unanswered points by Warner Robins.

With less than a minute to play, Jamarius Isaac caught the tying 22-yard touchdown from Ashton Daniels for Buford.

Isaac made another play in the first possession of overtime, notching an interception to take away Warner Robins' chance to score.

Below are full highlights and reaction from the game.