More tropical downpours tonight and thru Tuesday. Changes arrive on Wednesday with a big cold front. Here is the breakdown.

ATLANTA - A Flash Flood Watch is in effect for most of the western half of the state through Tuesday morning due to rain throughout the weekend that's persisted.

FOX 5 Storm Team Cheif Meteorologist David Chandley said tropical moisture remains over north Georgia. The ground is saturated from days of rain and more rain is in the forecast. That could cause some minor flash flooding throughout the northwestern portion of the state including portions of metro Atlanta. 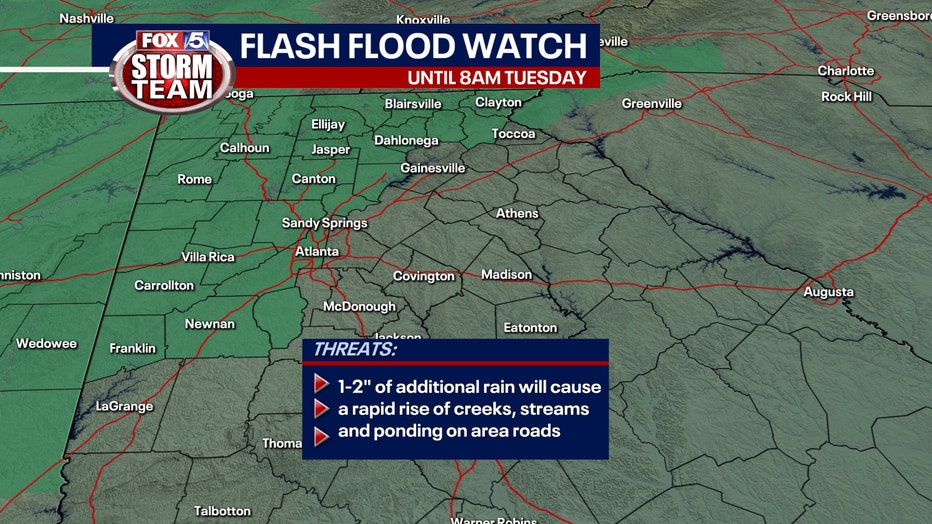 An NWS statement advised people to monitor weather forecasts and prepare to take action if Flash Flood Warnings are issued:

"Multiple rounds of heavy showers and isolated thunderstorms are possible today. Rainfall totals within the watch of one to two inches are possible with locally higher amounts up to three inches also possible, especially across northwest Georgia and extending into portions of metro Atlanta. This rain will fall onto the already wet ground, resulting in the potential for flash flooding and quick rises on rivers and creeks. With any changes in the forecast, updates to expand the watch area eastward or further in time cannot be ruled out." 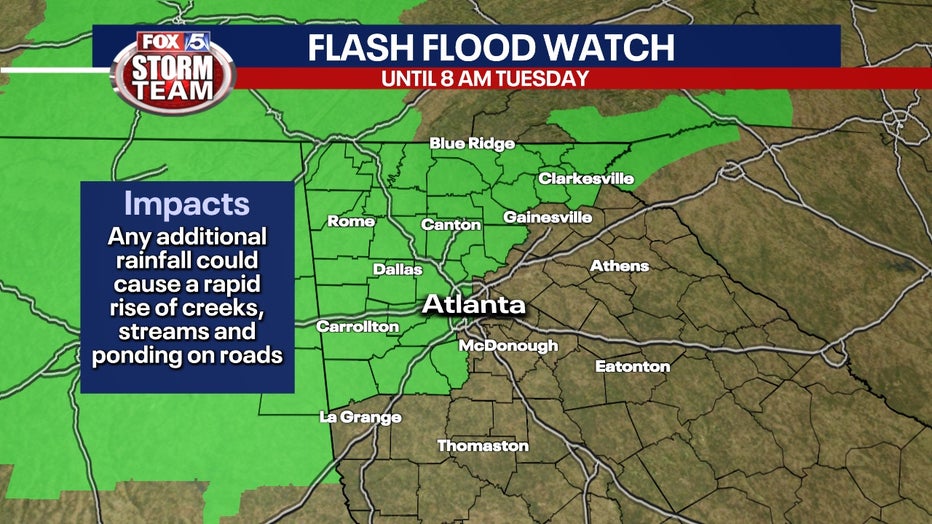 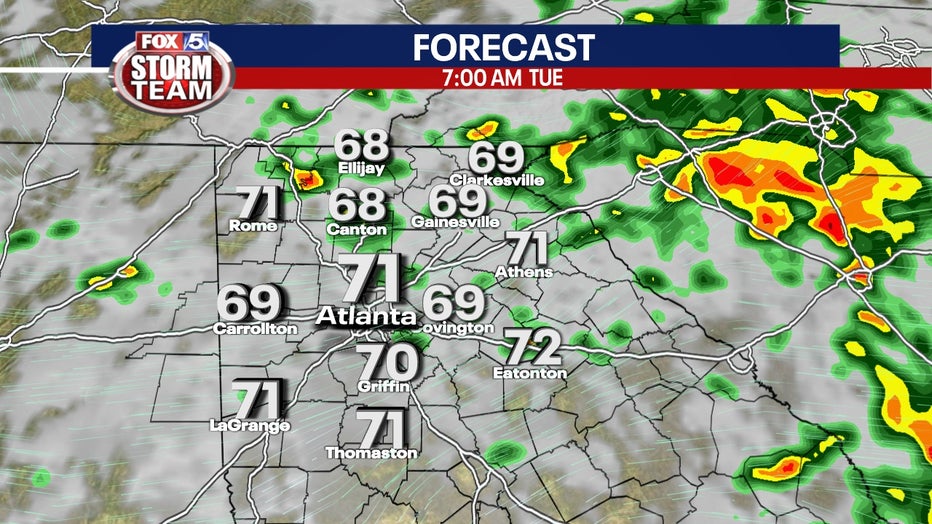 The FOX 5 Storm Team reports some areas that got higher rainfall totals on Sunday, and some saw an additional one to two inches on Monday. 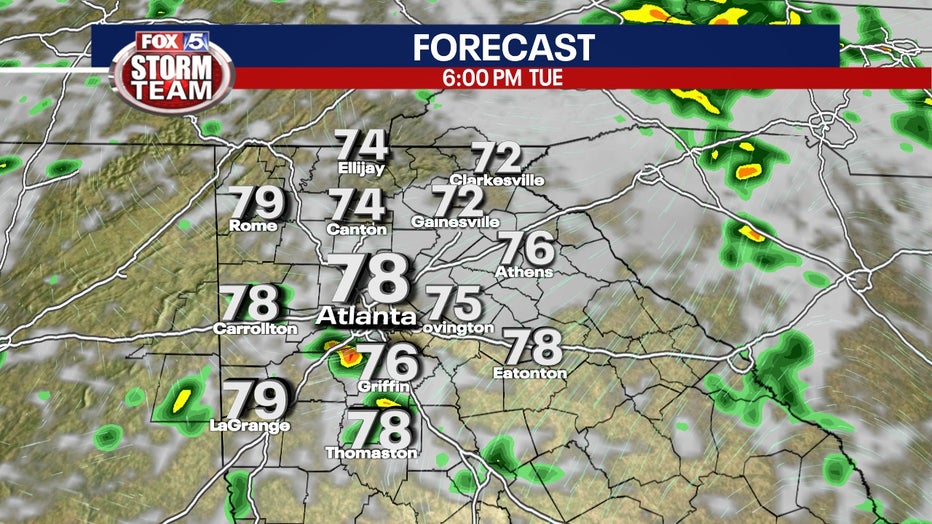 Rain projects to be more scattered Tuesday and Wednesday before the final round of rain and possible storms pass through. 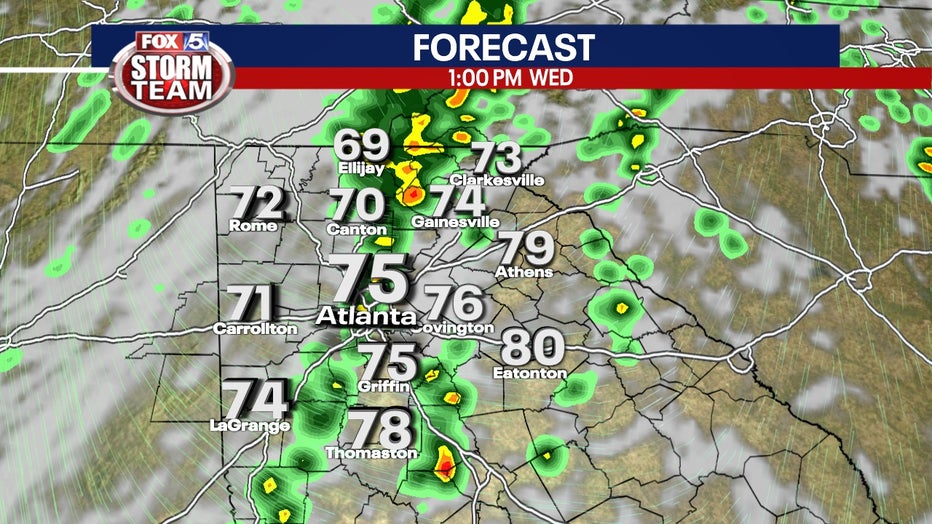 A late-week cold front could usher in more refreshing air starting Thursday morning, along with drier air behind it. 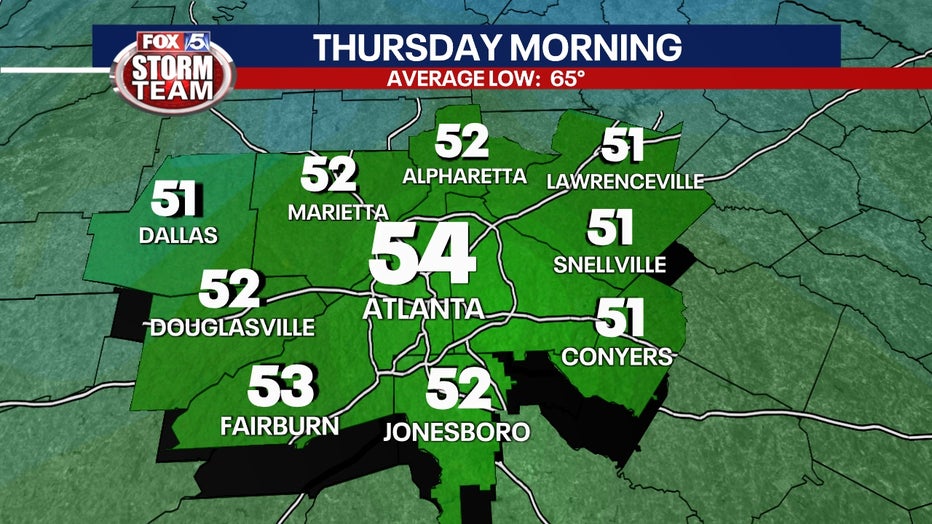