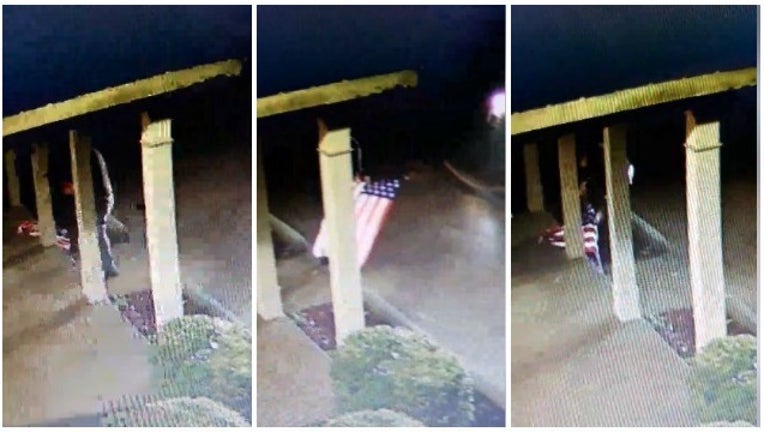 CHEROKEE COUNTY, Ga. - A Cherokee County Sheriff’s Office deputy is being praised for a great show of patriotism after Irma rolled through Georgia Monday.

Charlie Hill said around 3 a.m. Tuesday, a deputy was patrolling the area when he spotted some American flags on the ground. According to Hill, the flags blew off his shop’s porch during Irma and fell to the ground.

“Look at the respect this man has for the flags as he rolls them up for us,” Hill said. “There is absolutely still hope for humanity.”

Hill said surveillance cameras at his shop captured video of the deputy rolling up the flags and then gently placing them on a nearby table.