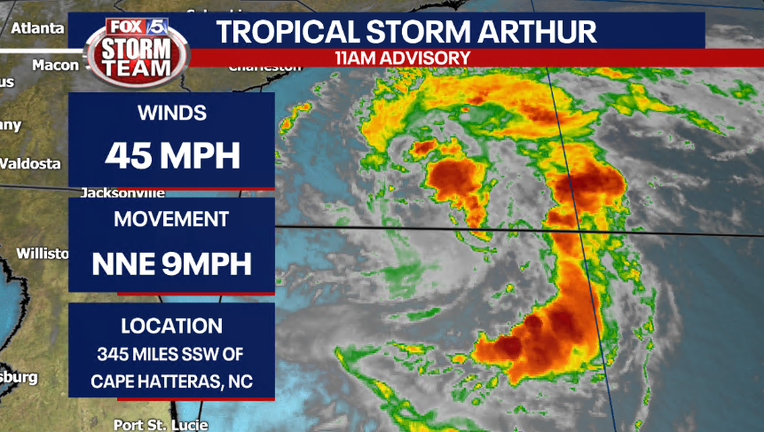 ATLANTA - Tropical Storm Arthur, which formed off the east coast of Florida, has strengthened as of the 11 a.m. advisory on Sunday.

Maximum sustained winds are now up to 45 mph and some additional strengthening is likely in the days ahead.

The storm comes a bit early since the official start to the Atlantic hurricane season isn't until June 1. 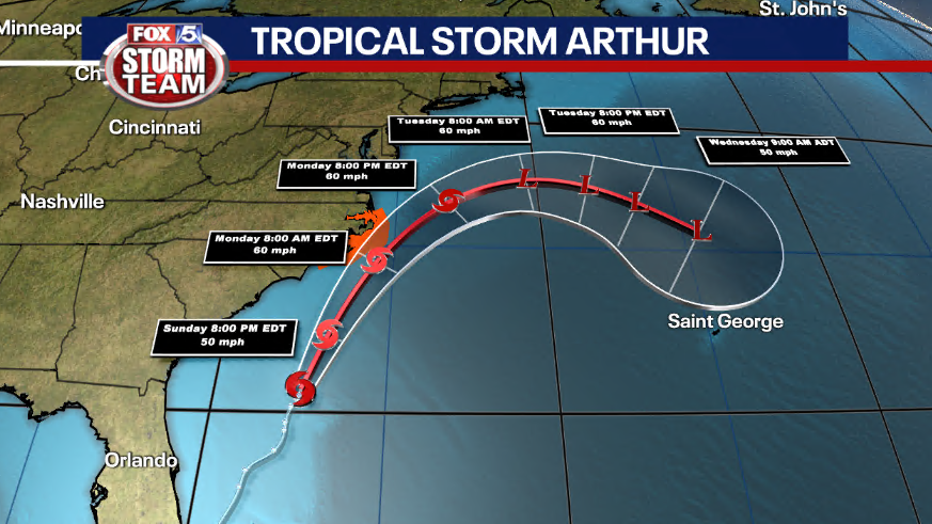 Tropical Storm formation is not all that uncommon in the month of May. In fact, May is the most active of all months outside of the official season that runs from June 1 to Nov. 30 with a total of 52 named storms.

The good news with Arthur is that it appears the storm will stay offshore as it continues to move north toward North Carolina. Rough surf, rip-tides, and minor beach erosion and flooding will be the main impacts mainly in South and North Carolina.