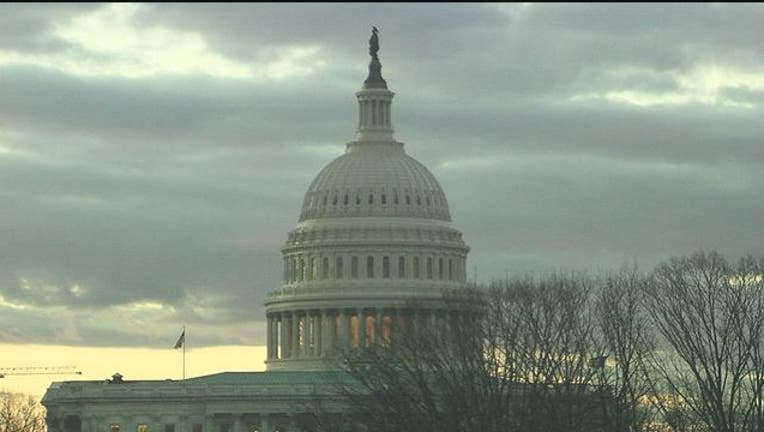 NEW YORK (AP) - Republicans from New York and New Jersey are pledging unconditional support for those devastated by Hurricane Harvey. But their resentment lingers.

But as historic floods wreaked havoc across the Gulf Coast, Northeastern Republicans recalled with painful detail the days after Superstorm Sandy ravaged their region in 2012. At the time, Texas' Republican lawmakers, led by Sen. Ted Cruz, overwhelmingly opposed a disaster relief package they argued was packed with wasteful spending.

The debate delayed the passage of the Sandy relief package by several weeks. And five years later, another powerful natural disaster has exposed lingering resentment that underscores regional divisions in a deeply divided Republican Party grappling with crisis.

"It was cruel, it was vicious, and something that I'll never forget," Rep. Peter King, R-N.Y., told The Associated Press on Tuesday. He said Texas Republicans held up the 2012 bill as part of "a political ploy against the Northeast."

"Having said that," King added, "I don't want the people of Texas to suffer."

King's comments were representative of several New York and New Jersey Republicans interviewed by the AP who said they were still angry, but would not employ the tactics of their Texas colleagues as Congress awaits an expected Trump administration request for billions of dollars of assistance. It may take weeks or months to survey the damage, but early estimates suggest Harvey could be one of the most expensive natural disasters in U.S. history.

"We're not going to hold it against those poor Texans who need our help what their representatives tried to do to us back five years ago," said Rep. Dan Donovan, R-N.Y. "This is an American crisis and we come to the aid of our fellow Americans."

It's still unclear how the conservative Texas delegation will approach disaster funding when it affects their region. Natural disasters back home typically transform Congress' fiscal conservatives railing about the deficit into fans of federal spending.

Several Texas Republicans did not respond to requests for comment Tuesday. Cruz's office said it was too soon to say whether he could pledge unconditional support to a massive disaster assistance package. In recent days, he has defended his opposition to a $51 billion Sandy relief bill he said was filled with "pork."

The current disaster highlights stark differences between two wings of the Republican Party: more moderate Northeastern Republicans, a group from which President Donald Trump hails, and those across the South and Southwest, who often adhere to a rigid conservative ideology even, apparently, in times of crisis.

"When regions face serious disasters causing extensive damage, the federal government has an obligation to assist with assets to address the emergency," Cruz spokeswoman Catherine Frazier said. "Sen. Cruz strongly supports this role of government, but emergency bills should not be used for non-emergency spending and that unfortunately is what made up nearly 70 percent" of the Sandy relief bill.

The Congressional Budget Office found that the $51 billion Sandy relief package was distributed relatively slowly, but virtually all of the funding was related to the storm or to prevent future disasters.

"I don't want to revisit who did or didn't vote for the legislation then," said Rep. Leonard Lance, R-N.J. "I think it's needed now, and I'll be voting for it when we return to Washington."

Lance, like other Northeastern Republicans interviewed, disagreed with the Texas delegation's insistence five years ago that federal spending for disasters should include corresponding budget cuts elsewhere.

"The overarching lesson is that we have the responsibility nationally to be involved in these situations. And that one never knows where the next natural disaster will occur," he said.

"People's lives were hanging in the balance," he recalled, turning his attention to Texas. "I am fully, completely committed to do whatever I can ... to assist."

Zeldin added, "Regardless of whether you're a fellow New Yorker or a Texan, we want to be as helpful as possible."

Congress stepped forward with enormous aid packages in the aftermath of Hurricane Katrina in 2005 and Sandy, though some GOP conservatives - including then-Indiana Rep. Mike Pence - chafed at the price tag. White House Budget Director Mick Mulvaney, who will be responsible for preparing any disaster request for Trump, opposed the Sandy aid package as a South Carolina congressman, offering a plan to cut elsewhere in the budget to pay for it.

Lawmakers provided $110 billion to rebuild the Gulf Coast after Katrina. The George W. Bush administration, politically scalded by criticism over its botched response, signed off on the aid.

King said he was speaking out now to "put down a marker" for Cruz and others who stood in the way of Sandy relief five years ago.

"If there was another natural disaster," King said, "we're not going to tolerate what he did the last time."