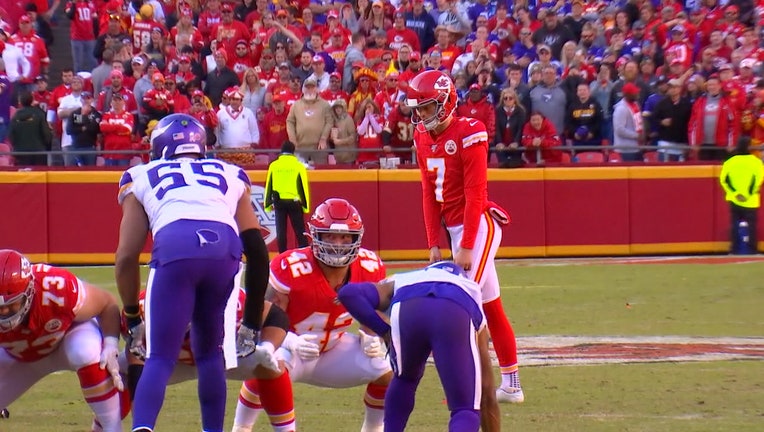 ATLANTA - You're probably going to see a whole lot of red on the usually green-clad campus of The Westminster Schools this week. That's because they're getting ready to watch one of their own play in the Super Bowl.

"We're all just so proud of him," said Westminster head football coach Gerry Romberg. "It's just great to watch him from afar and say, 'that's one of our's.' It's exciting."

Former Wildcats kicker Harrison Butker will play for the Chiefs in Sunday's Super Bowl, taking on the San Francisco 49ers. Butker was a standout on the football field for Westminster; but that wasn't all. He also played soccer, where he helped the team to a state championship, played basketball, and even played tuba in the band.

Though his former coaches joke about a younger Butker occasionally cutting up with teammates, or drawing a red card every now and then on the soccer field, they say he always had a great work ethic. The coaches say he was business-like when the situation called for it, and was happy to do the little things, like help clean up after practice.

"My players get tired of me talking about him," said Westminster soccer coach Scott Snyder with a laugh. "I use him as an example a little too often, I guess."

What the coaches are most proud of is how Butker gives back. They say, in the offseason, you'll often see Butker practicing or lifting weights alongside their current high school kickers and punters.

"We've had our kids, who are like, 'do you talk to Harrison?'" said Westminster specialists coach Joe Sturniolo. "I say, 'yeah, we text back-and-forth regularly.' [They say,] 'you think I could?' I talked with Harrison, he goes, 'coach, you can give any kicker my number. I will talk to any of those kickers all the time."

Butker led the entire NFL with 34 made field goals during the regular season. He made his only field goal attempt in the playoffs so far, and is 11 for 12 on extra points in the postseason.