University of Georgia football's 'The Five'

50 years ago, 5 young men stepped onto the University of Georgia's campus to become the football program's first African-American players. 'The Five' sat down for an exclusive conversation with FOX 5's DJ Shockley.

Fifty years ago, five football players stepped onto the campus of the University of Georgia, becoming the first Black players in Georgia Bulldog history.

Sports anchor DJ Shockley had the privilege to sit down with the men who had the courage and strength to open the doors of equality for future generations. Watch the interview in the vide player above.

It was in 1971 that Coach Vince Dooley brought in five Black players: Richard Appleby, Chuck Kinnebrew, Horace King, Clarence Pope and Larry West. This group of young men, would become known as "The Five."

"The Five" is set to be honored at Sanford Stadium in pregame ceremonies before Saturday’s game against South Carolina. 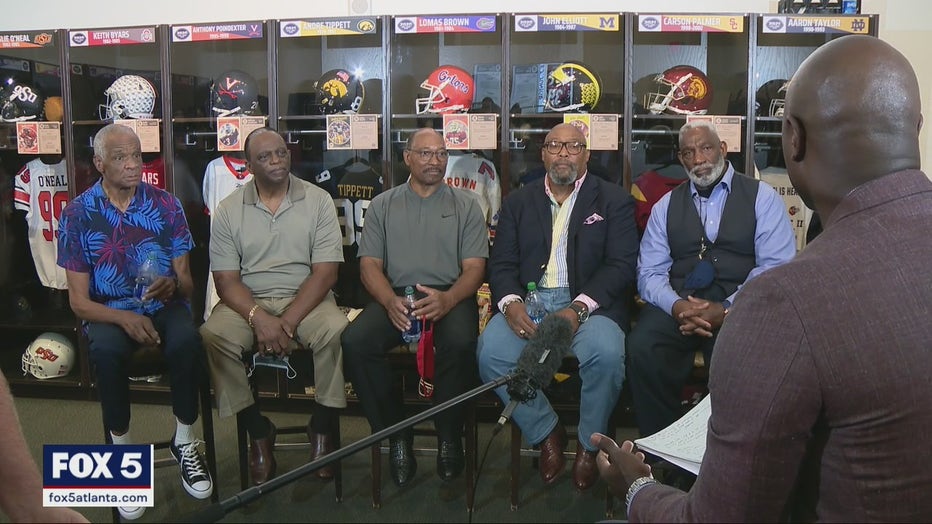 Additionally, Georgia's Grady College of Journalism and Mass Communications has produced a documentary titled "The First Five" that soon will be available for viewing on georgiadogs.com and the Grady College’s YouTube channel.