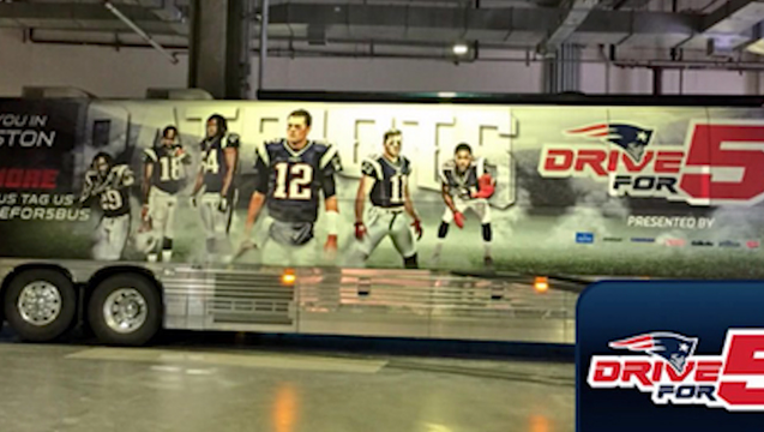 BOSTON - The first team vehicle is on its way to Houston for the Super Bowl.

While the Atlanta Falcons practice at home, the first bus from Boston is working its way south. The Patriots call it a "Drive For Five" bus, of course with New England going for their fifth Super Bowl title.

The quickest interstate route would drive the bus only clipping the northwest corner of Georgia after swapping Interstate 75 for Interstate 59 in Chattanooga. That would allow avoid the heart of enemy territory for them.

Some Falcons fans said if they do see the bus, they will give a nice "Southern hello."

NEXT ARTICLE: A tale of two quarterbacks: How do they compare?