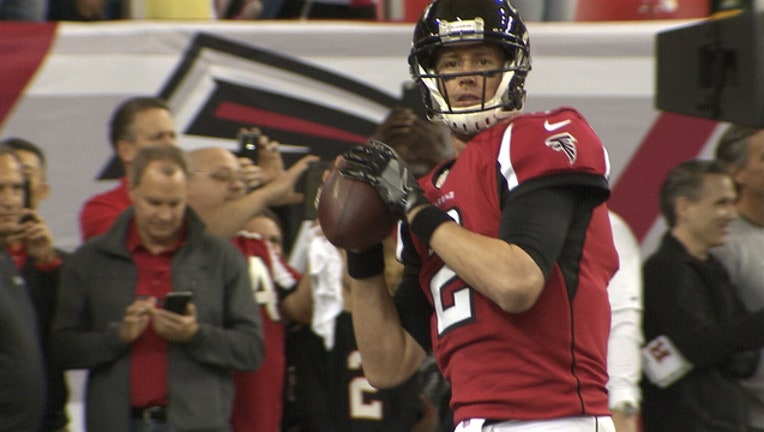 "We came up short last night and my heart hurts for you Atlanta." Ryan said on Facebook Monday. "Hats off to New England, they played a heck of a game. We will adapt, we will overcome, we will #RiseUp again."

Ryan and his teammates returned home to Atlanta Monday afternoon following the devastating loss to the New England Patriots in Super Bowl LI.

The Patriots capped an historic comeback with a touchdown on the opening drive of overtime, defeating the Falcons 34-28 in the Super Bowl. Before this year, no team had come back from a deficit of more than 10 points to win a Super Bowl.

The Patriots scored 31 straight points to close the game, behind quarterback Tom Brady's 43 for 62 passing performance, good for 466 yards and two touchdowns.