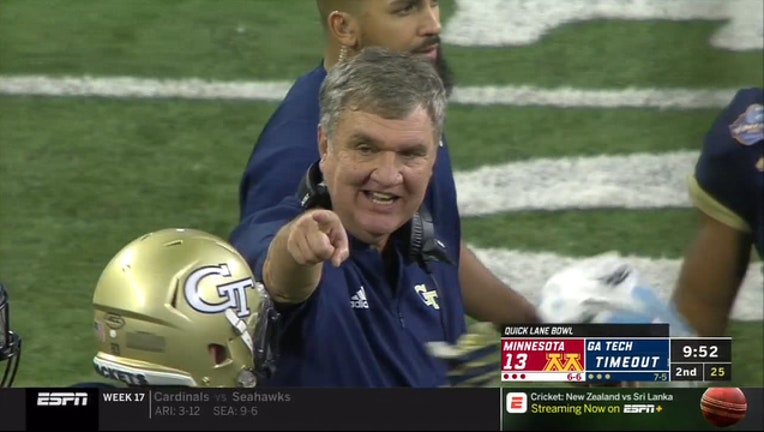 The Gophers ran the ball effectively, with running back Mohamed Ibrahim accounting for 224 rushing yards and two touchdowns. Georgia Tech's Nathan Cottrell had a 20-yard rushing touchdown late in the third quarter, accounting for the Yellow Jackets' only time getting in the end zone.

Johnson finishes his final season on The Flats with a 7-6 record. In November, Johnson announced he was stepping down from his head coaching position at Georgia Tech after the bowl game. He has the fourth most wins in team history, trailing only three former coaches who are each in the College Football Hall of Fame.

Johnson spent 40 years coaching, including 22 seasons as a head coach at several different schools. He has not ruled back a return to coaching at some point. Former Temple University football coach Geoff Collins will take over as the Yellow Jackets' head coach.