ATLANTA - The Atlanta Hawks announced Monday that they are pushing back the first game in which they'll welcome fans to State Farm Arena this season.

Originally planning for 10 percent capacity — around 1,700 fans — for the MLK Day game on Jan. 18, the Hawks now say "out of an abundance of caution and in consultation with state and local health officials, including infectious disease doctors from Emory," they will now target Jan. 26 for the return of ticketed fans. 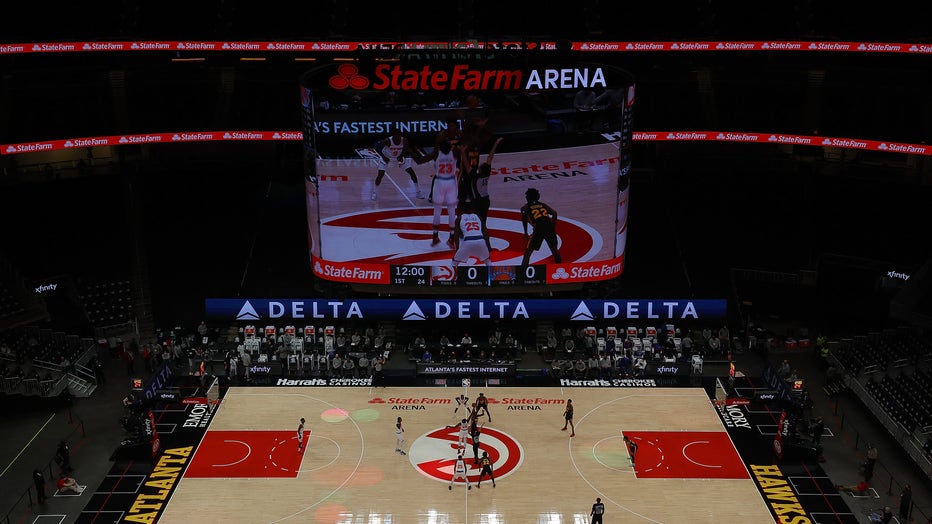 ATLANTA, GEORGIA - JANUARY 04: The Atlanta Hawks and New York Knicks tip off at State Farm Arena on January 04, 2021 in Atlanta, Georgia. NOTE TO USER: User expressly acknowledges and agrees that, by downloading and or using this photograph, User is

Tickets for Jan. 26-Feb. 24 games will go on sale at a later date at Hawks.com and Ticketmaster.com.