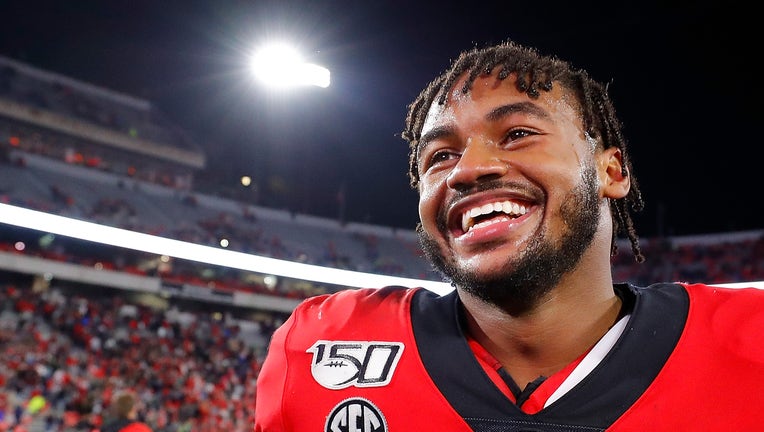 ATHENS, Ga. - D'Andre Swift is saying goodbye to college fot a shot at the NFL.

The Georgia running back announced his intentions to leave school and enter the NFL Draft via Twitter Friday.

"As a kid from Philly, my dream was to go to Athens and be a student-athlete at the University of Georgia," Swift tweeted. "The time has now come for me to pursue another dream of mine which is to enter the 2020 NFL Draft."

Swift went on to thank Coach Kirby Smart and Coach Dell McGee, along with his family for their support.

"Always a Bulldog," is how he ended his announcement.

Swift had 1,216 yards rushing on the season and said he would wait until after the Jan. 1 Sugar Bowl to make a decision.

Georgia offensive linemen Andrew Thomas and Isaiah Wilson announced in Demember that they were entering the NFL draft.