INDIANAPOLIS - There was no doubt of the incredible star power on the field at Luca Oil Stadium on Monday as the Georgia Bulldogs beat Alabama to win their first National Championship in 41 years. But there was also plenty of star power off the field too.

Likely the biggest known name, at least to every Georgian, is Coach Vince Dooley. His 1980 season team was the last Bulldogs football team to clinch the National Championship. He and Coach Kirby Smart shook hands following Monday’s historic game.

Athens-native and one-third of the Atlanta-based hip-hop group Migos was also at the game. Quavo, who was born Quavious Keyate Marshall, is no stranger to football in Georgia. He was starting quarterback for Berkmar High School in Lilburn during the 2009 season. He is known for supporting the sport among youth in the state. 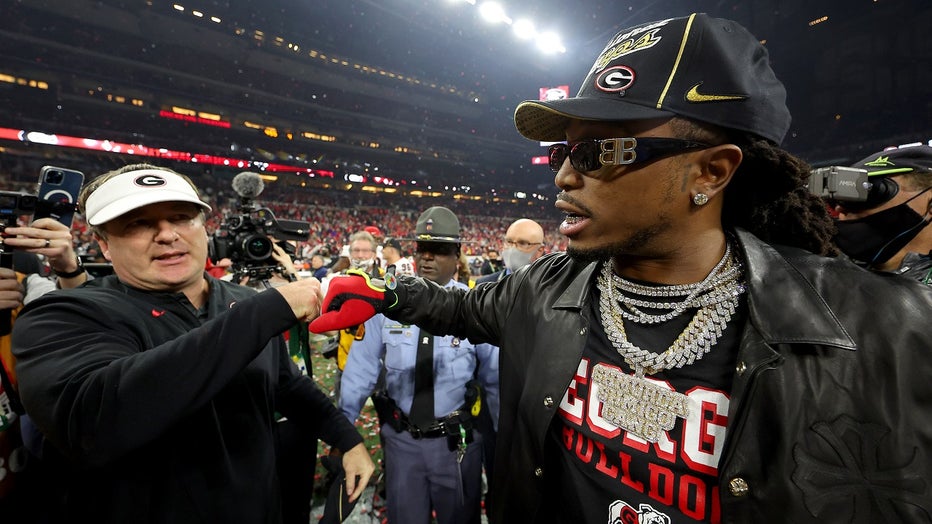 Quavo was caught following the Bulldogs 33-18 victory over the Crimson tide giving Coach Smart some love.

Detroit Lions Running Back D'andre Swift, who is also no stranger to Georgia Football or its intense rivalry with Alabama, also attended Monday’s game. Swift joined the Bulldogs as a freshman in 2017. The following year he had 16 carries for 75 rushing yards and a rushing touchdown to go along with six receptions for 63 receiving yards and a receiving touchdown in the 35–28 loss as the Bulldogs battled Alabama in the SEC Championship game. Unfortunately, Georgia lost 35-28. 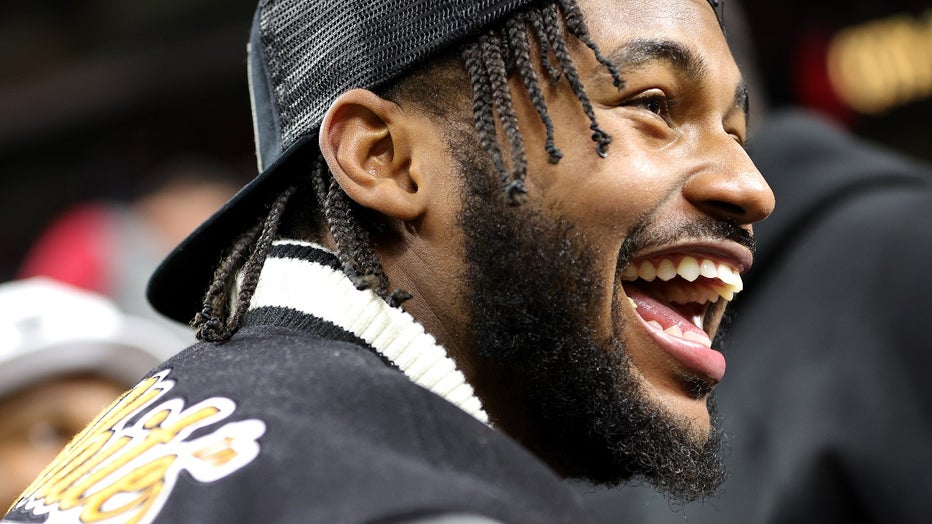 Minnesota Vikings running back Dalvin Cook was in attendance cheering on, not just Georgia, but his little brother Georgia running back James Cook. With the Cooks, it definitely is a family thing.

The young Cook missed the Peach Bowl last season following the unexpected death of his father. Dalvin also took a break from the Vikings to be with the family as well.

GEORGIA'S JAMES COOK: THE STORY FROM LITTLE BROTHER TO THE ORANGE BOWL 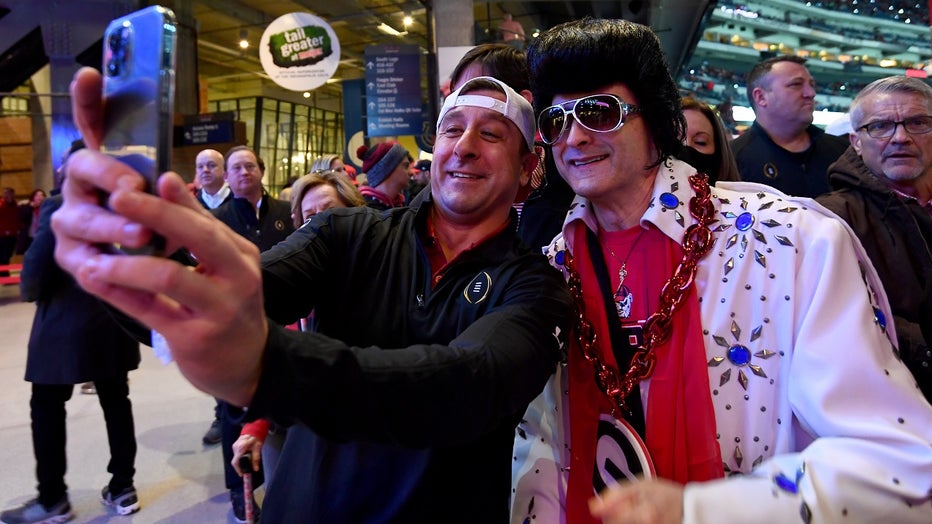 Fans take photos prior to the game between the Alabama Crimson Tide and Georgia Bulldogs in the 2022 CFP National Championship Game at Lucas Oil Stadium on January 10, 2022 in Indianapolis, Indiana. (Photo by Emilee Chinn/Getty Images)

Despite his Mississippi roots and Memphis heart, Elvis Presley seems to be a Georgia Bulldogs fan. But no one seemed to be complaining that he was "Burning Love" for the team after he is an expert on the "Hound Dog".

Were you there? Or did we miss anyone? Tweet us at @FOX5Atlanta and let us know.