ATLANTA - Shawn Elliott and the Panthers took the disrespect earlier this week from Georgia Southern personally — and rallied for a 30-24 win against the rival Eagles.

Earlier this week, several Eagles players and their head coach dismissed the notion of Georgia State being a serious rival.

"This game means something to all of us," Elliott said after the game. "I really could care less how they feel about in on the other side, and I certainly do appreciate them ‘letting us in this rivalry,’ so to speak. I’m just so proud of our team."

Georgia State fell behind 14-3 early in the first half, trailing 24-13 in the fourth quarter, when quarterback Cornelious Brown IV orchestrated an eight-play, 75-yard touchdown drive, to make it 24-19 with 12 minutes to go.

Brown passed for a career-high 372 yards in the regular-season finale. He also brought in the go-ahead score from 1 yard out with less than three minutes to play. 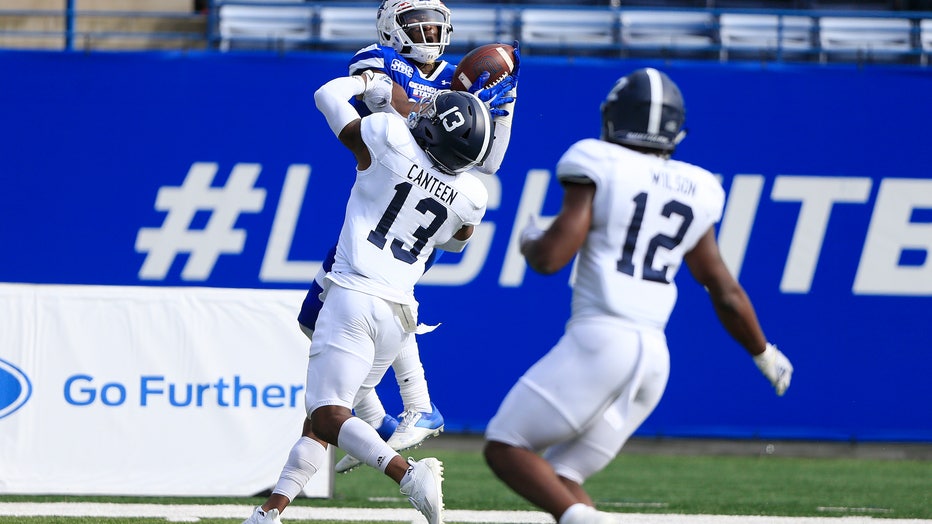 Junior corner Quavian White intercepted Tomlin at the Georgia State 24-yardline to seal the game — his third pick in 2020 and sixth in his career.

State finished the 2020 campaign 5-4 overall and 4-4 in the Sun Belt. It also took a 4-3 all-time series lead against Southern with Saturday's win.

"What a way to cap off a regular season, with a win over our rival," Elliott said. "It was truly a team effort – offense, defense, special teams all had to come together — and it was a gratifying thing to see. We had to fight back in the fourth quarter to make it happen. Our players did a tremendous job of keeping their heads up, and coaches did a marvelous job as well."

Sam Pinckney finished with a career-high 10 catches for 126 yards. Cornelius McCoy joined him in the 100-yard column with five receptions for 111 yards, including a 45-yard touchdown catch in the second quarter. Terrance Dixon added seven catches for a career-best 77 yards. It was the first time the Panthers had two 100-yard receivers in the same game since last year’s win over Arkansas State.

The game marked the end of Georgia State's regular season, and the Panthers now wait to learn their potential bowl game fate.