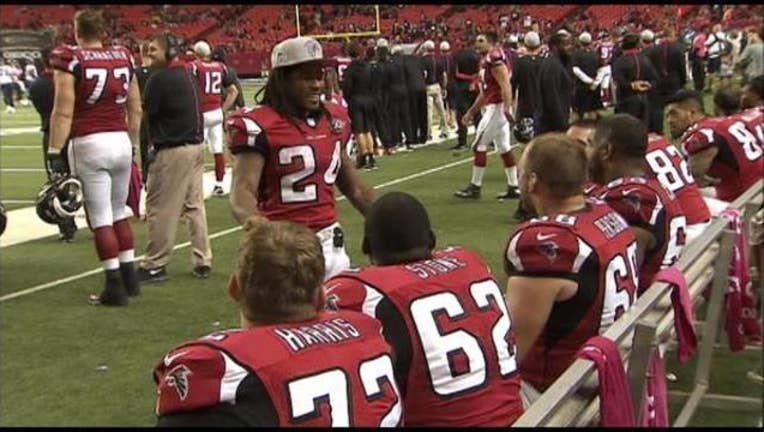 FLOWERY BRANCH, Ga. (AP) - Devonta Freeman stops by his locker, but not for long.

He hurriedly pulls on his No. 24 jersey, then hustles off to the weight room to get in a few more lifts before practice.

For Freeman, there's always a little more that can be done.

As the tattoo on his left arm says, "Failure Is Not An Option."

"Nothing was ever given to me," Freeman said Tuesday, at the end of another long day at the Falcons training complex. "A lot of times, I wasn't better than a lot of players on my team. There was more talent than me. I just always worked harder."

From surviving the streets of Miami to ignoring skeptics who wondered if he was big enough to make it on the gridiron, Freeman has spent most of his 23 years overcoming the odds.

"I feel like I've been an underdog my whole life," he said.

Five weeks into his second NFL season, Freeman has emerged as an unlikely star on one of the league's most surprising teams. The Atlanta Falcons (5-0) are off to the second-best start in franchise history heading into Thursday night's game at New Orleans.

Their 5-foot-8 running back is a big reason why.

Freeman, who missed the entire preseason with a hamstring injury and didn't even get his first start until Week 3, leads the league with eight rushing touchdowns, is tied for second with 405 yards on the ground, and has given quarterback Matt Ryan another weapon in the passing game with 24 receptions.

"He's an explosive runner," Saints coach Sean Payton said. "Man, I'm telling you, the way he finishes, there's a little bit of violence in how he plays — in a good way. "

None of this is a revelation to Dwight Jackson, who runs a funeral home in Miami and has been like a father to Freeman since his days growing up in a notorious Liberty City housing complex known as "Pork 'n' Beans."

Early on, Jackson saw something different in Freeman.

Freeman went to work in Jackson's funeral home when he was only 13, putting some much-needed cash in his pockets but, more importantly, gaining a startling perspective on the grim realities of life and death.

"I've seen people's whole insides having to be stuffed in a bag and put back in their body, their heads peeled all the way back to their face," Freeman said, shaking his head. "I saw it all working in a funeral home. And I saw a lot of kids my age was in there because they got shot up and stuff like that. It was a life lesson: stay away from the streets."

Actually, baseball was Freeman's first love. He still goes to the batting cages around Atlanta when he's got some free time. Lately, he's been teaching himself how to switch-hit.

But football was his way out, earning Freeman a scholarship to Florida State.

In his final season, he rushed for more than 1,000 yards and helped the Seminoles win the national championship. Even then, he entered the NFL draft projected as more of a part-time back, a guy who could catch passes on third down but not handle the job on a regular basis. As a rookie, he showed flashes of his potential but played infrequently behind Steven Jackson, hauling in 30 receptions and rushing for 248 yards.

After a disappointing 6-10 season, the Falcons fired coach Mike Smith and brought in Dan Quinn. Jackson was let go as well, and Freeman went into training camp looking to battle for the starting job with rookie Tevin Coleman. But the hamstring injury derailed those plans, handing the starting job to Coleman for the first two games.

That setback pushed Freeman to work even harder.

"I saw the competitor," Quinn said. "I saw how frustrated he was when he was injured. But he got a chance to go for it again."

When Coleman was sidelined by a rib injury, Freeman stepped in to rush for six touchdowns in his first two games as the starter — the youngest player since Jim Brown in 1958 to pull off that feat. Last Sunday, Freeman rushed for a career-best 153 yards in an overtime victory over Washington.

No matter how much success he has, Freeman vows never to forget where he came from. He thinks of his mother and his grandmother, who provided such a steadying influence. He thinks of mentors such as Jackson and Luther Campbell of 2 Live Crew fame.

"Football seems like a piece of cake," Freeman said, as the sun set on another long day. "I can grind all day long." 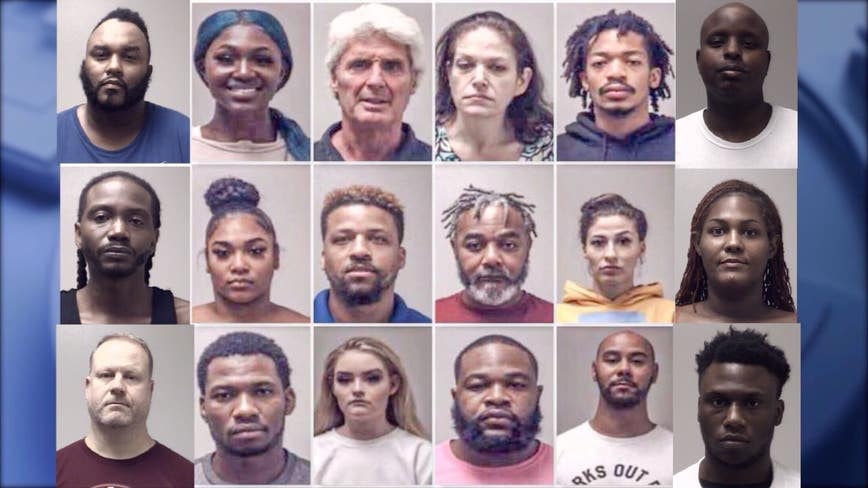 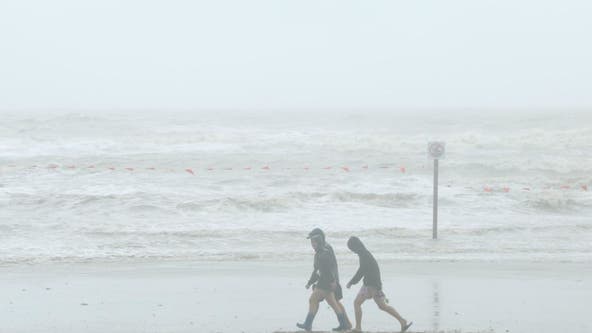