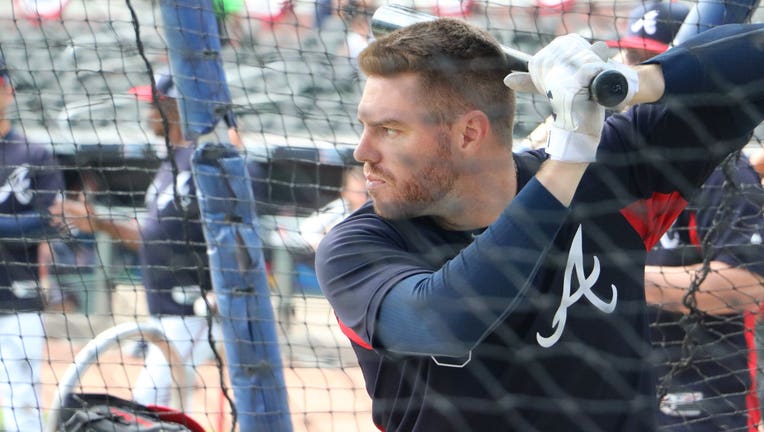 COBB COUNTY - Braves star first baseman Freddie Freeman is among four players to test positive for COVID-19. The others are pitchers Will Smith and Touki Touissant and infielder Pete Kozma.

The team made the announcement on Saturday. Manager Brian Snitker said all four players gave the team permission to release their names, which otherwise would not be allowed.

"[Freeman] is running a fever," said Snitker. "I talked to him this morning. He's not feeling great. It'll be a while before we can get him back."

Freeman's wife Chelsea posted on Instagram late Friday afternoon with an update on Freddie's situation. She says the rest of their family is doing well right now, and urged people to take the virus seriously and take precautions.

"[Freeman] has had body aches, headaches, chills and a high fever since Thursday," said Chelsea Freeman in her Instagram post. "He is someone who literally never gets sick and this virus hit him like a ton of bricks. We’ve been really strict for the last 4 months. Haven’t gone to a grocery store, haven’t gone out to dinner once, haven’t seen our friends and only allowed family at our house and we still got it."

Snitker says Smith and Touissant are both asymptomatic. Kozma showed symptoms of coronavirus but is feeling better, according to the manager.

"We had meetings today with all the players because this is real," said Snitker. "This is real. This is a real thing."

The Braves' announcement comes after Major League Baseball said that 31 players and seven staff members tested positive for COVID-19 during intake for the resumption of training, a rate of 1.2%.

Because of the pandemic, opening day had already been delayed from March 26 to July 23 or 24. Major League Baseball has also canceled its All-Star Game on July 14. This year will be the first time since 1945 that no game is held.