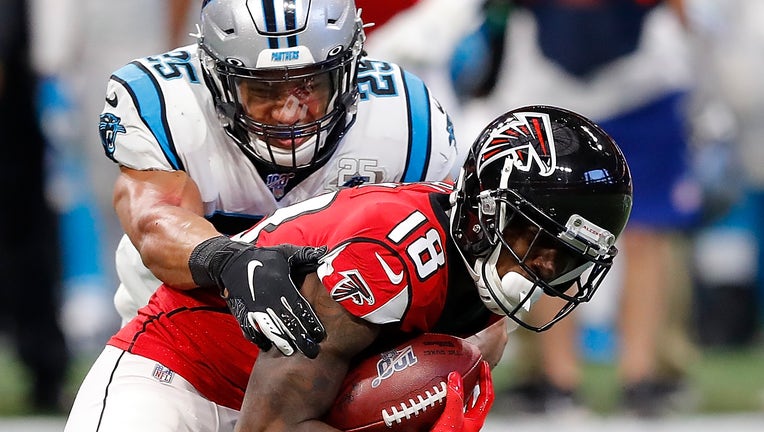 ATLANTA, GEORGIA - DECEMBER 08: Calvin Ridley #18 of the Atlanta Falcons tries to break a tackle by Eric Reid #25 of the Carolina Panthers in the first half at Mercedes-Benz Stadium on December 08, 2019 in Atlanta, Georgia. (Photo by Kevin C. Cox/Get

ATLANTA - The Atlanta Falcons will continue the remainder of their season without Calvin Ridley.

In a post on Instagram, the Falcons wide receiver stated he will miss the remainder of the 2019 season due to an abdominal injury he sustained during the team's 40-20 victory against the Carolina Panthers on Sunday. Ridley left during the third quarter and did not return.

The Falcons have three games remaining in the regular season. There next contest is Sunday between the San Francisco 49ers.