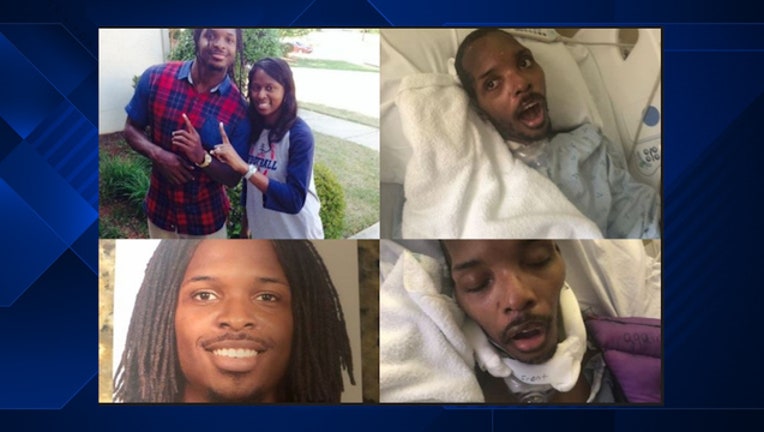 Ball grew up in Jackson, Georgia where he played high school football at Jackson High. He then went on to Florida and then the Oakland Raiders. But Ball's football career was cut short because of a health condition called arteriovenous malformation (AVM), that causes the brain's blood vessels to get tangled and rupture. Ball suffered an aneurysm in September 2018 and now is a paraplegic.

"It's heartbreaking for someone who is such a good dude to go through something like that. We're just trying to raise awareness and bright light to the situation," says Neal.

Ball's family has set up a GoFundMe page for medical care that they say will allow Ball to receive treatment that would give him the best chance at recovery. They say that care is not covered by insurance.

Dan Quinn coached Ball when Quinn was the defensive coordinator at Florida in 2011 and 2012.

"If you had asked the guys on his team when he was playing, who was the best teammate you ever played with. I would imagine damn near half the team would have listed him. Sometimes you have to rally again guys who need our help and this is one of those guys who is really worthy of that," says Quinn.

Other teammates of Ball from Florida have also posted online to raise awareness about's Ball situation and the GoFundMe page has already surpassed the original goal of $50,000.