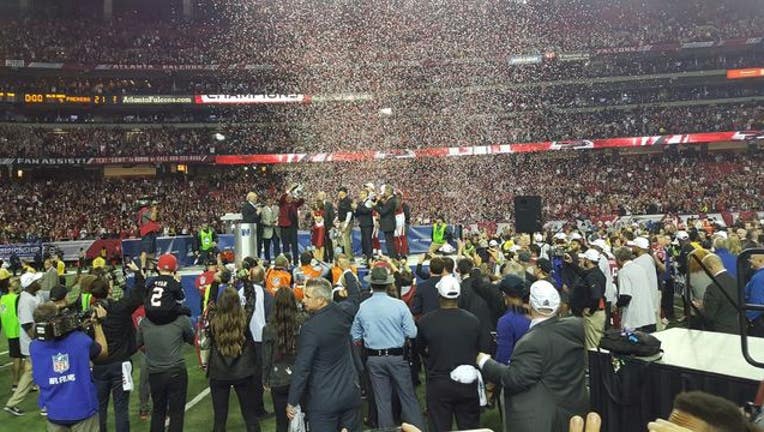 ATLANTA - It is a moment nearly 20 years in the making. The Atlanta Falcons are heading back to the Super Bowl.

Fans of the dirty birds poured out of the Georgia Dome early Sunday evening in a state of pure ecstasy, celebrating their dominating victory over the Green Bay Packers.

This was the fourth appearance for the franchise in the NFC Championship, with their 1998 appearance in Super Bowl XXXIII resulting in a loss to the Denver Broncos.

The Atlanta Falcons will try for their first Vince Lombardi Trophy against the New England Patriots.

Join in the celebration on social media. Post your pictures or video using hashtag #FalconsOnFOX5.