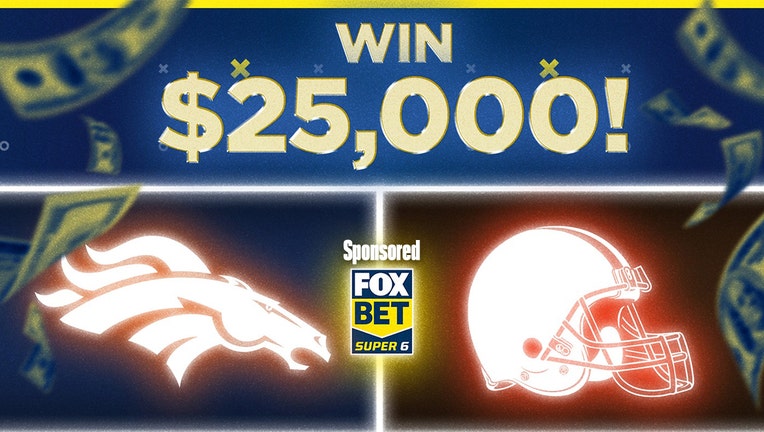 Now, they're 3-3 and hanging on to their playoff hopes for dear life.

The Browns who take the field Thursday night to face the Denver Broncos (8:15 p.m. ET, FOX) will look nothing like the unit that went to SoFi Stadium a couple of weeks ago and battled the Chargers in what turned into one of the standout games of the season so far.

Nick Chubb? Not gonna be there. Kareem Hunt? He’s out for the foreseeable future. Baker Mayfield? Odell Beckham? Also out.

With the Ravens and Bengals now striding toward the top of the AFC North and the wild-card spots becoming crowded already, the Browns can’t afford to fall back too far. And that same message might be in play for the Broncos, who have dropped three straight.

Here are the six questions for Thursday night.

Who will score the first touchdown?

Normally, picking Hunt or Chubb would be a pretty good bet. But both are out and likely to be replaced by D’Ernest Johnson, a third-year player who has three carries. Melvin Gordon might be the best bet in the bunch.

Which team will have the longest rushing play, and how many yards will it be?

The options: Broncos, Browns, tie with ranges from zero to 56-plus yards

Again, the Browns would be the normal selection here because of the running-back tandem they have and the strong offensive line in place. But without Hunt or Chubb, expect a lesser yardage breakout.

Which team will have the most passing yards, and how many will it have?

The options: Broncos, Browns, tie with ranges from zero to 326-plus

Welcome back, Case Keenum. The former Broncos quarterback who went to an NFC championship with the Vikings in 2017 will make his first start since he was with Washington in 2019 in place of Mayfield. Meanwhile, Teddy Bridgewater has an injured foot and quad. On a short week, normally passing is very basic. This week might take basic to a whole new level.

Which team will have the longest completion, and how many yards will it be?

The options: Broncos, Browns, tie with ranges of one to 61-plus

We could give you a whole speech on how you don’t know what will happen on a given night and how the short week could mean some bigger plays because of defensive breakdowns. But then we remember it’s Keenum vs. an injured Bridgewater. Hello, short passing game.

What team will average the most yards per catch, and what will that average be?

The options: Broncos, Browns, tie with ranges from zero to 12.1-plus

Again, the QB situation makes it hard to imagine anyone busting the top off either defense. With the flurry of short passes that should be expected, don’t be surprised if this ends up being in the 6-7 yards per catch range.

Who will win, and by how many points?

The options: Broncos, Browns with ranges of one to 17-plus

The more talented team is still Cleveland, but things are so fluid right now with the Browns' injuries that it makes you wonder if the situation is ripe for a Denver upset. Sorry, just can’t go there yet.

Download the FOX Bet Super 6 app now to predict the outcomes of the biggest events in sports, and you could win thousands of dollars absolutely for free each and every week.