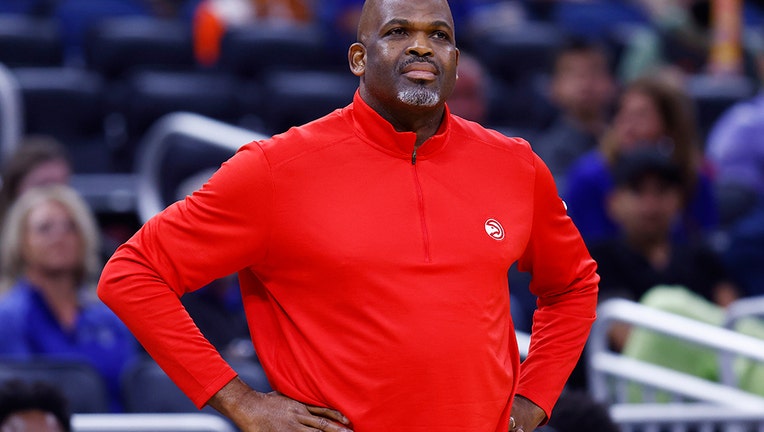 ORLANDO, FLORIDA - DECEMBER 15: Head coach Nate McMillan of the Atlanta Hawks looks on against the Orlando Magic during the first half at Amway Center on December 15, 2021 in Orlando, Florida. NOTE TO USER: User expressly acknowledges and agrees that (Getty Images)

McMillan is the eighth head coach currently on that list and the 11th to deal with a virus-related issue already this season.

The Hawks have multiple players listed as out for health protocols prior to Monday's game against the Portland Trailblazers: Gorgui Dieng, Malik Ellison, John Collins, Bogdan Bogdanovic and Malcolm Hill.