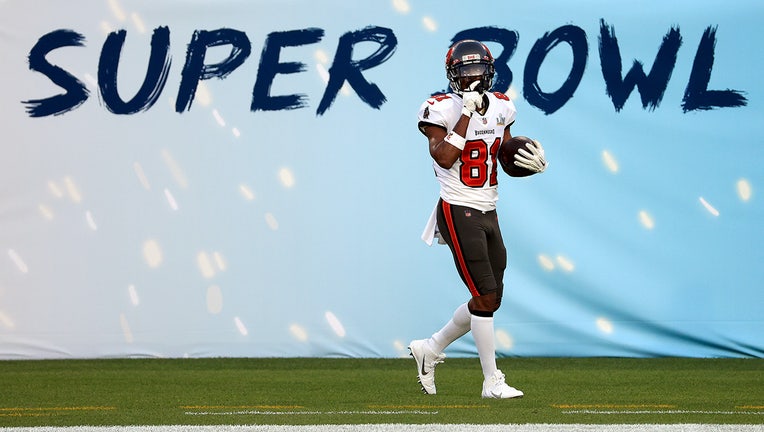 TAMPA, Fla. - The Tampa Bay Buccaneers are making the strongest push any team can make to repeat their Super Bowl championship.

The last piece of the puzzle from that team just fell into place: Antonio Brown will be back again next season.

According to Mike Garafolo and Tom Pelissero with the NFL Network, the wideout is expected to sign a one-year deal.

Pelissero tweeted the details: The deal is worth up to $6.25 million, with $3.1 million fully guaranteed, including a $2-million signing bonus, per his agent.

During the 2020 regular season, Brown had 45 receptions for a total of 483 yards and four touchdowns. During the playoffs, he had two touchdowns.

Not since the '79 Pittsburgh Steelers has a team brought back all 22 starters. The Bucs did that and then some, adding Giovanni Bernard from the Bengals.

Tom Brady got an extension. The team also re-signed Gronk for another year and signed Shaq Barrett to a long-term deal even though he could have gone out and made more money somewhere else.

Ndamukong Suh got a one-year deal for $10 million.

Leonard Fournette is also back after logging 448 total yards and four touchdowns in four games -- including 136 scrimmage yards and a touchdown in Super Bowl LV.

All 22 starters for the Buccaneers are back. And those '79 Pittsburgh Steelers went back-to-back Super Bowl champions, beating the Rams in Super Bowl XIV.