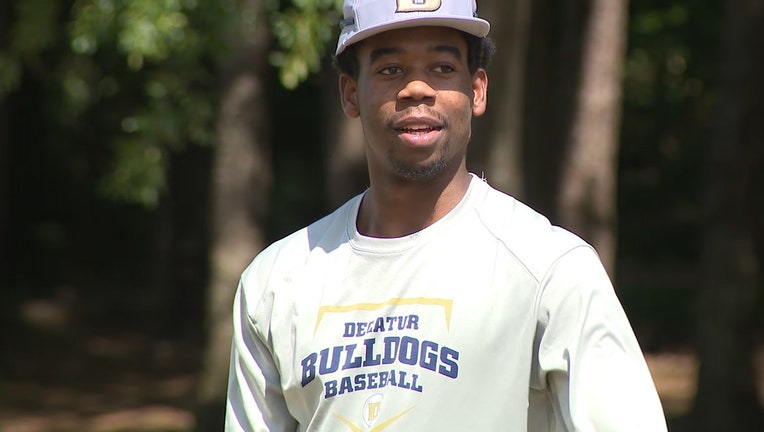 DECATUR - Even though his baseball future is brighter than ever, one of Georgia's top high school players is still a little disappointed in how his prep career ended.

"This was the team to go all the way," said former Decatur third baseman Jordan Walker. "It had so much ... it kind of hurts me to talk about."

Walker, who was on Thursday named the state's high school baseball player of the year by Gatorade, is expected to be selected early in the MLB Draft. If that happens, he will decide between turning pro or playing college baseball at Duke University.

"I usually don't think about that choice too much, but I know either way I choose, it's going to be exciting," said Walker, who also pitched for the Bulldogs. "That's what excites me. I feel like it's a good position to be in, very blessed to be in this position."

Walker's draft, however, will look different than those in recent years. Due to the COVID-19 pandemic, the MLB made some changes to the event. The draft will be limited to 5 rounds, instead of the normal 40. That shouldn't affect Walker; though other changes might. Signing bonus slot values -- the amount expected to sign players at specific draft positions -- are staying the same as they were a year ago, instead of going up. Those signing bonuses will also be largely paid out over the next two years instead of up front. These are all part of cost-saving measures for teams.

Standing at 6'5 and boasting a .457 batting average last year to go with a membership in the National Honor Society, Walker is not worried about those changes. Those around him say he is handling the process well.

"I tell people all the time, he's down to earth, loves to be around people," said Decatur baseball coach Robby Gilbert. "He's genuine. What you see is what you get. He's just a great person. For all the accolades he gets on the field for his athletic ability, in the classroom, he's just a tremendous kid off the field. He's a leader. He loves for his teammates to do as well as he does. He's very, very special."

Other members of the Bulldogs' senior class may be more affected by the changes to the draft. Gilbert says one example is pitcher Jaylen Paden, who the coach says may have been drafted somewhere in the 6th through 10th rounds in a normal year. Paden is committed to play college baseball at Georgia Southern.

"At some point, you think about the 'what ifs?'" said Paden. "You have to block it out as much as possible so you can move forward and get going with your career. We still have a lot of time left in our careers, hopefully, so that's how I think of it."

Both Paden and Walker say they're trying to enjoy these last few weeks being in the same town as their high school teammates, and have managed to continue doing some limited baseball training together despite the lockdown.

"What takes some stress off it is, whatever I choose, it will definitely be exciting for me, so I'm excited for what the future holds," said Walker.