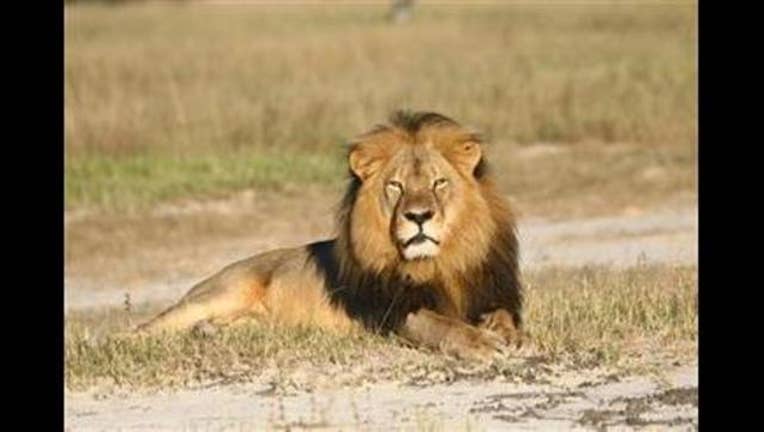 The Zimbabwe Conservation Task Force is reporting on its Facebook page that the brother of Cecil the lion has been shot.

The organization expressed its "huge disgust and sadness" in the post.

The announcement comes after Zimbabwe said they would suspend the hunting of lions, leopards, and elephants in an area where the lion popular with tourists was killed, and is investigating the killing of another lion in April that may have been illegal, the country's wildlife authority said Saturday.

The announcement follows an international outcry stemming from an American hunter's killing of a lion named Cecil that was allegedly was lured out of a national park. Zimbabwean authorities say the hunt was illegal and are seeking the extradition of Minnesota dentist Walter James Palmer.

Palmer is believed to have shot the lion with a bow on July 1 outside Hwange National Park after it was lured onto private land with a carcass of an animal, Zimbabwean conservationists have said. The wounded cat was later tracked down and Palmer allegedly killed it with a gun, they said. Two Zimbabweans - a professional hunter and a farm owner - have been arrested for the killing.

Palmer has said he relied on his guides to ensure the hunt was legal.