Danny de los Reyes has invented a new lightweight face shield that was inspired by his drum set and his own live performances.&nbsp;

FAYETTEVILLE, Ga. - The percussionist for the Zac Brown Band sat down with FOX 5 to talk about his efforts to keep people safe during the pandemic, especially first responders.

Danny says he is an expressive performer. And in performances during the pandemic, he did not think he was engaging with the audience while wearing a face mask that hid his facial expressions.

And so he invented the Mini Shield. 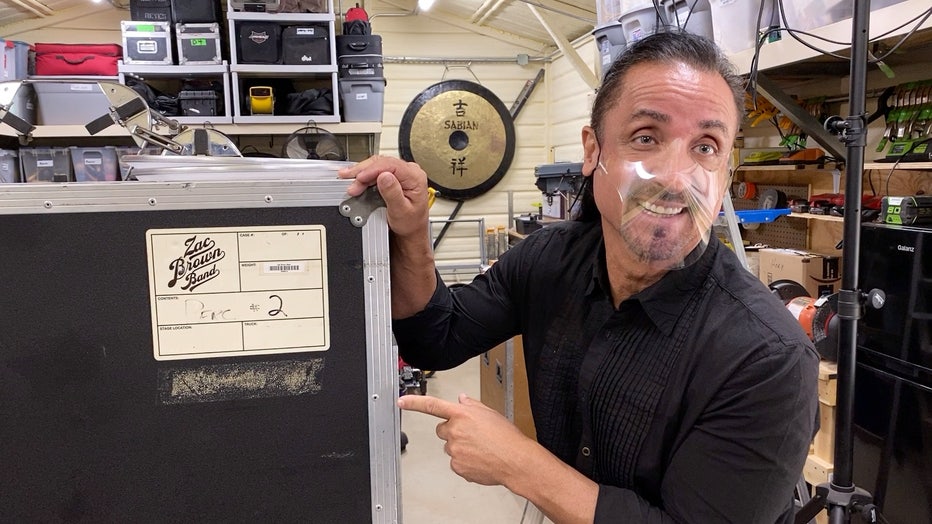 Reyes in his practice studio at his home in Fayetteville, Georgia.

"That's when the 'ah-ha' moment happened when I realized I needed to come up with a different way of protecting ourselves so we could still go out and perform," Reyes said.

This all started when the pandemic caused the cancellation of the Zac Brown Band's world tour for their new album "The Owl." 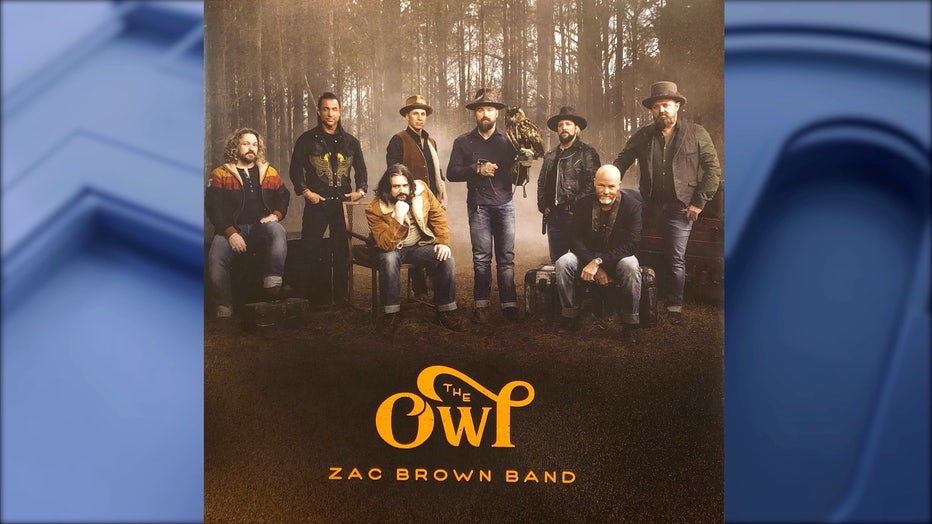 Reyes said he had thousands of drum heads for the tour. So he started making face shields for local firefighters. Those shields completely covered the wearer's face to provide first responders with maximum protection. 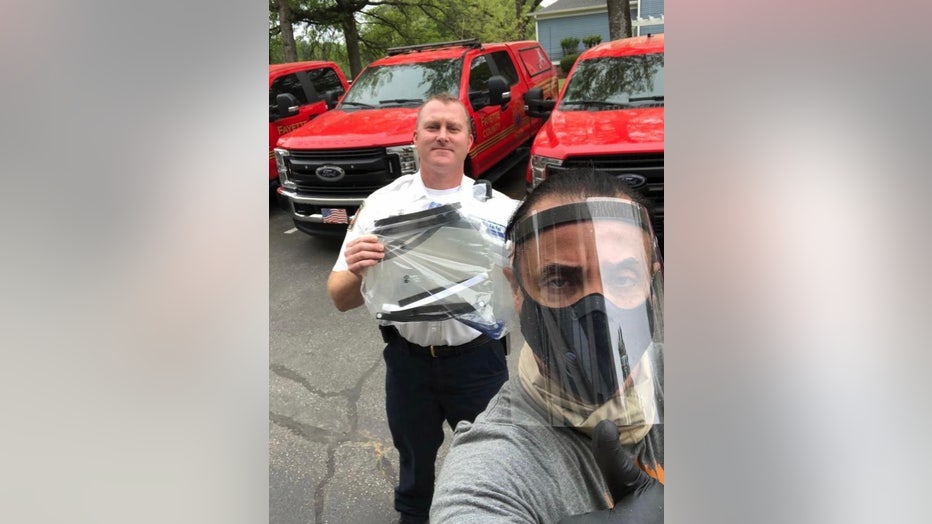 Reyes, who has invented percussion instruments, then turned his imagination and talents toward inventing a better lightweight face shield he now calls the Mini Shield Social. It is made of plastic but fits snug across the nose and extends below the mouth and has loose-fitting elastic bands that go around the ears.

Reyes says the mask achieved his goal of allowing fans to see his facial expressions during performances. And wearers also have the ability to use their phone's facial recognition software to unlock their devices and they can even drink and eat while wearing the Mini Shield. 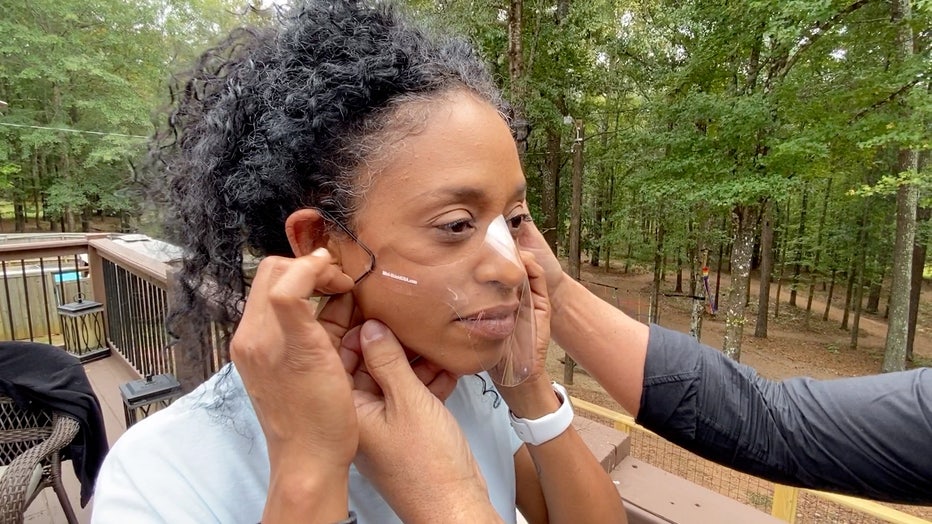 Reyes hopes that his shield will provide a safe way for reopening live music events.

"My hope, my dream is to get our entertainment industry back to work, safer and with precautions, but without ever compromising our facial expressions," Reyes said.