Woodstock teen bit by shark while surfing in Florida

Doyle Nielsen was surfing at New Smyrna Beach, Florida when he was attacked by a shark. The Woodstock teenager had to get nine stitches in his arm.

WOODSTOCK, Ga. - A Woodstock teen has quite a story to tell after he was attacked by a shark while vacationing in Florida.

Doyle Nielsen, 16, was bitten by the shark while he was surfing at New Smyrna Beach, Florida.

At first, Nielsen says he thought he was hit by a dolphin.

"I turned around and saw some kind of shape, you know, and my second reaction in those first few seconds was a dolphin had hit me and knocked me off the board. And then when someone said it was a shark it was like, 'wow, a shark just attacked me," he said.

After Neilsen paddled back to shore, he realized the shark had taken a bite out of his arm and completely tore up the shirt he was wearing. 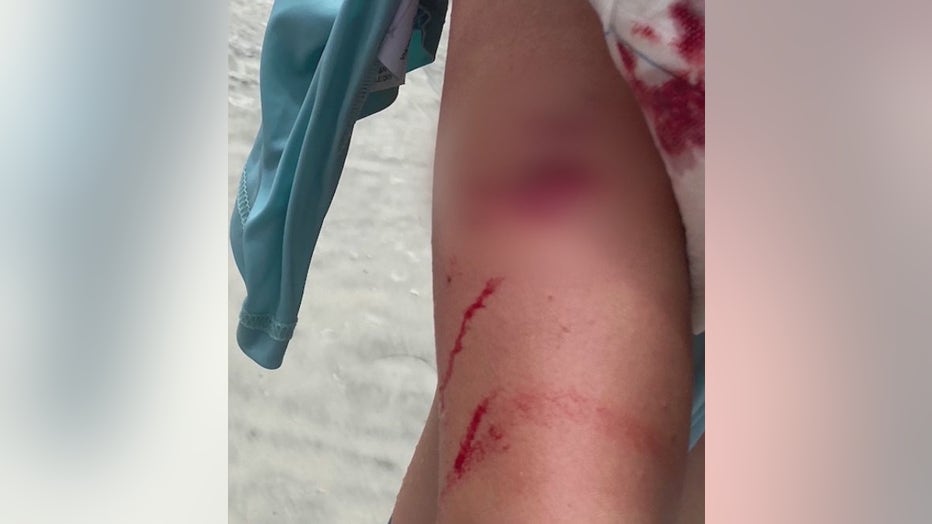 Doyle Nielsen had to get nine stitches after a shark bit his arm while surfing.

Still, he thinks it could have been worse.

"I'd much rather have a little chunk of my arm than anything else," he said. "I'm definitely lucky."

Neilsen ended up getting nine stitches in his arm.

That's not going to stop him from getting back on the board, however. He says he loves surfing and can't wait to get back on the water.