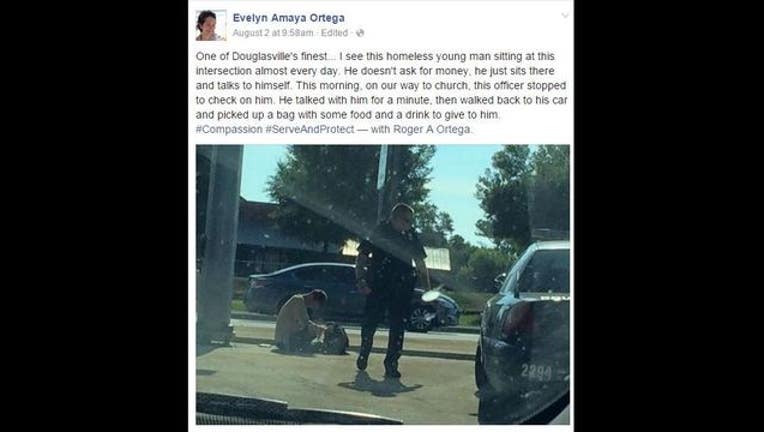 A woman recently shared a touching photo of a Douglasville police officer and a homeless man.

According to the Facebook post, Evelyn Amaya Ortega frequently sees a young man who is homeless sitting at the same intersection. She said she sees him almost every day.

“He doesn’t ask for money,” she said. “He just sits there and talks to himself.”

On Sunday, Ortega said she saw the man sitting there on her way to church. That’s when she spotted an officer stopping to checking him.

“He talked with him for a minute, then walked back to his car,” said Ortega.

Ortega said the officer returned to the homeless man with a bag that had food in it and he also handed him a drink.

The woman’s Facebook post has been shared more than 2,000 times since it was posted Sunday. One of those shares included the Douglasville Police Department.

“Thank you Evelyn Ortega for capturing one of our officers protecting and serving,” said Douglasville Police on Facebook.