Police found three gunshot victims. A woman died at a local hospital. The two men are expected to recover from injuries.

ATLANTA - Atlanta police are investigating a triple shooting outside a Chevron gas station on Sunday on the 1200 block of Metropolitan Parkway.

Police said one of the victims, a woman in her 50s, died after she was transported to the hospital for treatment. Police said she was with one of the two men, between 35 and 40 years old, who were also hospitalized but are expected to survive.

Police responded to the scene at around 2 a.m. after hearing multiple gunshots. Police found the three wounded people at the Food Mart at 1217 Metropolitan Parkway.

A homicide detective described the shooting as an argument that escalated to gunfire. 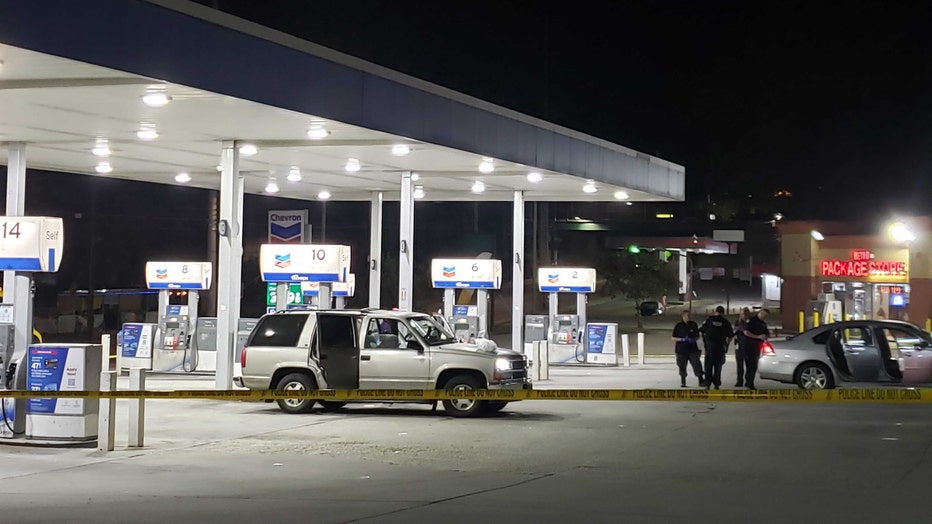 Police investigate a deadly shooting at a Chevron on Metropolitan Parkway. (FOX 5 Atlanta)

Police said they are not looking for any suspects.

Investigators say they are interviewing witnesses and reviewing video to learn more about what happened.