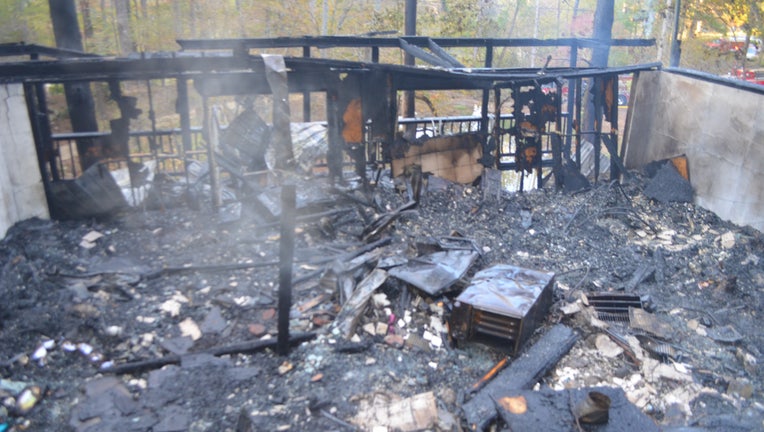 CORNELIA, Ga. - Authorities have confirmed the death of a woman whose body was found during a house fire in Habersham County.

Officials tell FOX 5 that the fire happened around 1 p.m. on Monday, Oct. 19 on the 1,600 block of Heads Ferry Road in Cornelia.

By the time fire crews arrived at the scene, the 22-year-old home was already enveloped in flames. Eyewitnesses told crews that fire had started on the main level of the home.

“We are thankful for the bravery and hard work shown by Habersham County officials in this case,” said Commissioner John King. “Because the home was on a hillside, the Habersham County Fire Department had to hand pull their lines to extinguish the fire.”

After the fire was extinguished, firefighters found the body of a 64-year-old woman in fire debris in the basement of the home. Investigators believe she was in a second-floor bedroom when the fire started.

The victim's name has not been released at this time.

Officials say she was the 66th person who has died in a Georgia fire this year.