A mother has reunited with the son she relinquished custody to in hopes he’d find a better home.

Melanie Pressley spent more than three decades wondering about the son she put up for adoption. She said her questions were finally answered when she took a DNA test from 23andMe, which suggested a genetic match to her firstborn son – Greg Vossler.

Pressley gave birth to Vossler in 1988 at the age of 18 in Canton, Ohio. Not being able to care for him financially, she found an adoption agency that would later connect her son to a two-parent household.

With the adoption being closed, all Pressley was left with was a single photograph of her newborn son from the day after his birth. 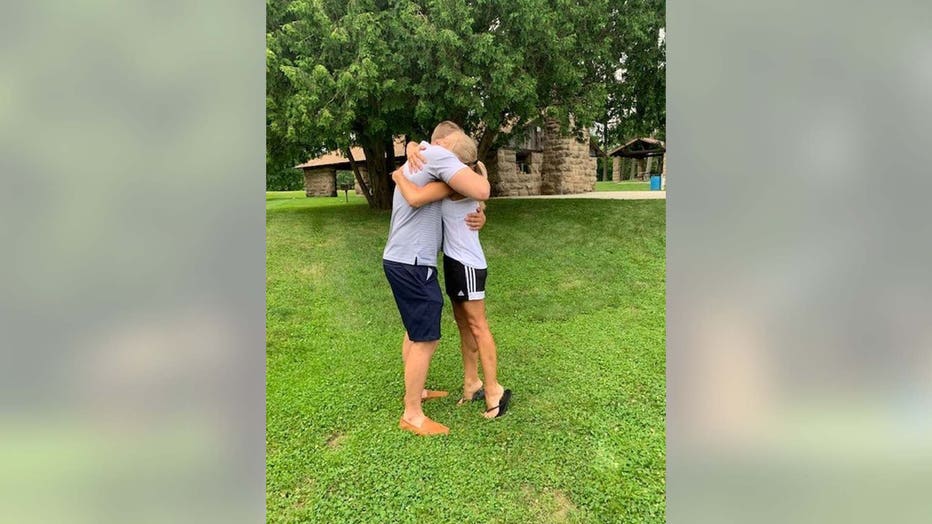 "You go through a mourning period and yet live the rest of your life mourning," Pressley told Fox News, when recalling the time she spent without her son.

Vossler, 33, of Winchester, Virginia, learned he was adopted later in childhood and grew up wondering about his origins.

After he became a father himself, he opted to take a DNA test in 2018 to learn about his genetics since he couldn’t point to any medical history from his biological family.

"Everything checked out, but in the back of my mind, [23andMe] always suggests new DNA relatives," Vossler said, in a phone call with Fox News. 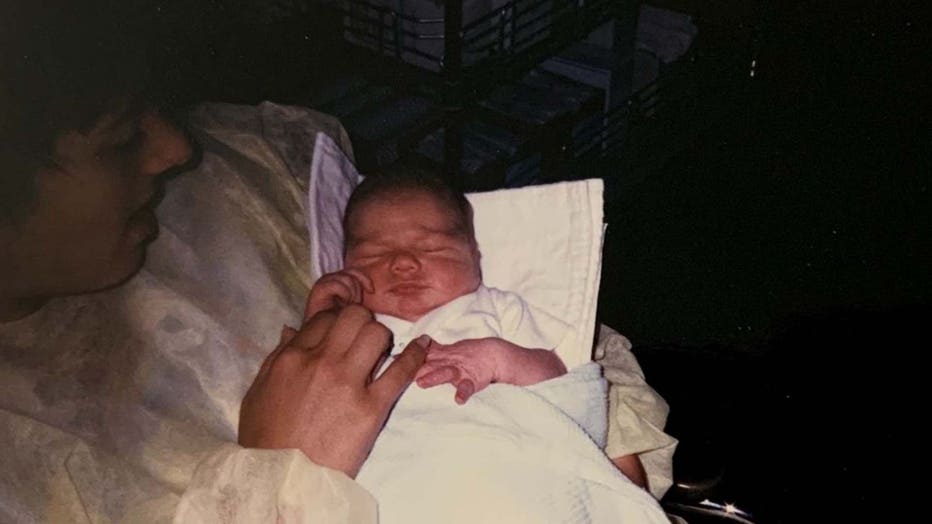 Melanie Pressley's sister Lee Ann Dewey asked a nurse if she could hold Greg Vossler a day after he was born in 1988. She snapped a picture of him that day and it was all Pressley was left with for 33 years.  (Lee Ann Dewey)

He went on, "I was like, ‘You never know. Maybe one of these lesser connections will lead to something significant.’"

While she didn’t know it at the time, Pressley said her daughter purchased the DNA test hoping it would connect her to the son she longed to know more about. Instead of saying that directly, however, Pressley’s daughter cited the DNA test’s health report as the driving factor.

"I lost a mother to lung cancer – who had never smoked or drank a day in her life. So, she was selling that to me, saying, ‘Oh my gosh. Then you'll see if you have any of those genes or if there are any flags,’" Pressley said. 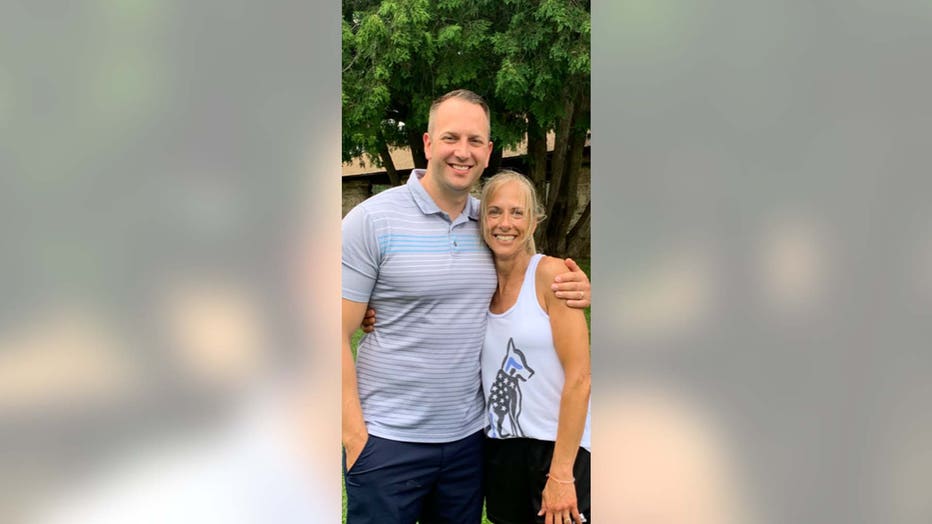 Greg Vossler (left) and Melanie Pressley (right) met in person in June 2021. The pair had corresponded online for a short time in May before they saw and heard each other for the first time.  (Chelsea Vossler)

Pressley went on to message him the second she realized it was an option on the website, she added.

Pressley said she first asked him his age and when Vossler’s response confirmed the June 17 birthday she had embedded in her memory, Pressley explained that she believed she is his birth mother.

"His adoptive mother had written me a letter a couple of months after he was born. And she had said that when he is old enough, she will tell him [that he was adopted]," Pressley said.

RELATED: Mother reunites with good Samaritan who leapt into action to save her son from choking

Pressley and Vossler moved their communication to email and later, text messages. The pair finally met in person June 2021 at Pressley’s home in Wadsworth, Ohio.

"Life has a funny way of giving you what you need and not necessarily what you want. Sometimes those wants and needs do match up, but sometimes you don't realize what you actually need until the future," Vossler said. "Melanie’s family coming into my life at this point, has been a blessing. It's kind of re-ignited some passions and excitement."

Pressley and Vossler both said they are extremely lucky to have found each other since there are so many DNA tests on the market now.

Pressley said that before she took her 23andMe test, she feared that her son might not want contact, but after seeing how it’s worked out, she thinks other separated families could benefit from reaching out if they choose to.

"After finding him, I felt like my heart was just whole again," Pressley said. "Becoming older, you kind of become a little wiser, but there is no shame in giving somebody up for adoption. There are loving couples out there that cannot have children that would love to raise a child."

She went on, "I’m telling you, if you could meet Greg, he was given a life beyond my belief. He was raised with manners. He was raised how you would dream. It’s just unbelievable."

Vossler said he believes their story is much like a fairytale come true.

"It's just a blessing beyond blessings. It really is," he said. "If I could share one piece of advice, it would be: Don't be afraid to trust an unknown future to a known God."