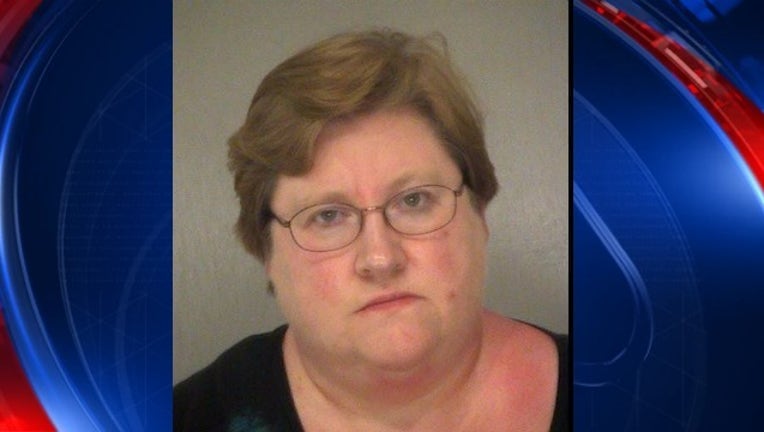 MACON, Ga. (AP) - A central Georgia woman charged with shooting a teenage boy in the head said she and her husband had been terrorized by young people throwing rocks for days before she opened fire.

Elisabeth Cannon told The Telegraph of Macon (http://bit.ly/2k86YS8 ) in a story published Friday they felt "felt really unsafe and extremely threatened" before the shooting. Cannon said she had called police about the teenagers two days before the gunfire, but officers only told the teens to stay away.

The 47-year-old woman is charged with aggravated assault in the shooting of Vernon Marcus Jr., 15, who is hospitalized in critical condition in Macon after being shot in the head Monday.

Cannon, who is free on bond, said she called police about the teens Saturday, but officers only spoke with the teens and warned them not to walk near the house.

"We didn't have any trouble at all Sunday, so we thought, 'Maybe it's over,'" said Cannon.

Monday night, Cannon walked outside to check the pressure of the tires on her daughter's car.

Cannon, a nurse who is now disabled, said she pulled a .38-caliber gun from her pocket and aimed it in the direction of the teens.

"In that second, when you've been terrorized for more than a week, you just want it to stop," she said. "We would have been happy if it'd just stopped. That's all we wanted, was to have some peace."

Cannon fired five shots from a Taurus revolver, according to an arrest warrant.

"They took off running," Cannon said. "I called the police immediately, and then I got right up here and looked down the sidewalk, did not see anybody."

Cannon said she then saw Marcus on the side of the road. A report said a bullet went through his forehead and exited the back of his head.

"I told him, 'Hold on,' and I called 911." Cannon said. "He was not talking, but he was breathing and grunting. . I stayed over there with him right until they got here."

According to a sheriff deputy's report, a woman in a gray car pulled up to the crime scene "very upset crying stating 'Did someone shoot my baby?'"