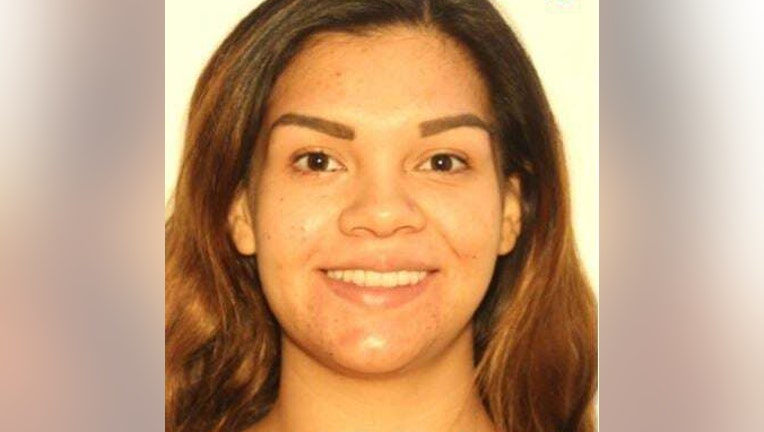 CLAYTON COUNTY, Ga. - Police in Clayton County said a mother has been arrested and charged with cruelty to children and battery after people found her 2-year-old child wandering an apartment complex alone. Police said she struck one of the apartment complex employees and acted violently when employees tried to prevent her from leaving the office with her child until police arrived.

Police said officers responded to the complex on Southlake Parkway in Morrow in the afternoon on May 17 after they received a call a 2-year-old was unsupervised in the apartment complex and needed their diaper changed.

Officers said the 2-year-old's mother, Francesca Nilsestuen, left the child at home alone when she left with her boyfriend to get food. The child left the apartment and was located by apartment complex employees, police said.

Police said apartment complex employees were not comfortable letting Nilsestuen leave the complex's office after she came to pick up her child, and she later struck an employee in the face.

Office personnel retreated in the office with the child and locked the door, police said. Nilsestuen allegedly began kicking and beating the door before leaving and returning with a gun and attempting to break the glass. Nilsestuen's boyfriend disarmed her, police said.

Officials say she then broke two windows and retrieved her child.

Police said she was treated for injuries at a hospital before she was taken to Clayton County Jail, charged with second-degree cruelty to children, second-degree criminal damage, simple battery and reckless conduct.

The child, police said, was placed into DFCS custody and a safety plan was created.