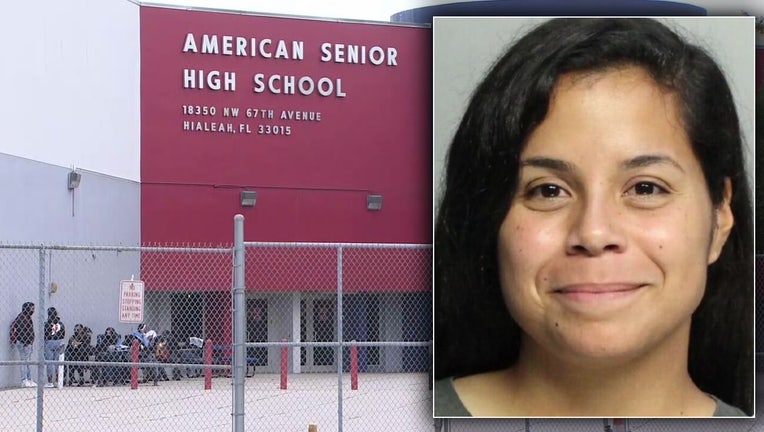 MIAMI - Police in South Florida arrested a woman who they say walked onto a high school campus pretending to be a student, all so she could get more Instagram followers.

WSVN reports that 28-year-old Audrey Francisquini managed to blend in with students in order to roam the halls of American Senior High School in Miami-Dade County on Monday morning.

"It says here she’s trying to get people to follow her on Instagram," Miami-Dade Circuit Judge Mindy S. Glazer said in court Tuesday morning. "First of all, I don’t know how you get into the school. They have a guard at the front. You have to show your ID."

RELATED: 4-year-old inadvertently buys over $2,600 worth of Spongebob popsicles on Amazon

According to prosecutors, the woman dressed similarly to students, wore a backpack and carried a skateboard to blend in so she could bypass school security.

The arrest report said that, once on campus, the 28-year-old handed out flyers to promote her Instagram page all while she recorded with her phone.

School security tracked her down as she was wandering the hallways while students were in classrooms, an arrest report said. Francisquini told investigators she was looking for the registration office.

Investigators said she headed toward the registration office, but did not enter. Instead, she continued walking through the hallways, talking to students, news outlets reported.

Security officers tried to catch up with her again, but she didn't stop. They notified the office of a security threat on campus, police said.

An officer spotted her walking across the faculty parking lot and told her to stop. She continued walking, the report said.

Police tracked her down through her Instagram page and arrested her hours later at her home, but not before she made one final post to her account.

"I legit have I don’t know how many cops outside right now of my house," she said in her last Instagram story before being taken into custody. "I’m not going outside at all."

Authorities charged her with burglary, trespassing, interfering with a school function, and resisting arrest without violence. Francisquini was released on $2,000 bond, and ordered to stay away from the campus.

The school system will be conducting a thorough review of the incident, Miami-Dade County Public Schools spokesperson Jaquelyn Calzadilla told the Miami Herald. They will be looking into how she was able to sneak into the school and elude security several times.

Francisquini reportedly works in sales for Carnival Cruise Lines. The company told WSVN they were looking into the matter internally.