Many analysts grade the race as a toss-up and say it serves&nbsp;as a microcosm for what's happening in suburban areas nationwide.

GWINNETT COUNTY, Ga. - Carolyn Bourdeaux is back after stunning the nation two years ago, losing by less than 500 votes to incumbent Republican Rep. Rob Woodall in Georgia’s 7th Congressional District.

Woodall is not pursuing a sixth term, underlining the district as a top target for Democrats nationwide this November.

“Change is in the air,” Democratic candidate Carolyn Bourdeaux smiled, in a one-on-one with FOX 5. “I don't think people here are okay with the current ‘Trumpist’ agenda that's happening in this country.”

This time around, with the help of VP pick Sen. Kamala Harris, who appeared in Gwinnett County on Sunday, the Georgia State University professor will face a political newcomer, Rich McCormick.

Despite crowded fields in the June primaries, both Bourdeaux, the budget director for the state Senate during the Great Recession, and McCormick, a Republican physician and Marine veteran, managed to avoid a run-off.

Many analysts grade the race as a toss-up and say it serves as a microcosm for what's happening in suburban areas nationwide.

“It is simply a case of the district, Gwinnett County in particular, becoming more diverse [and] containing more non-Georgia residents,” said Dr. Kerwin Swint, the director of Kennesaw State University’s School of Government and International Affairs.

District 7 is the intersection of southern Forsyth County, a Republican stronghold, and the rapidly diversifying Gwinnett County, which experts have credited for putting the area into play.

Gwinnett is considered a "majority-minority" county, with non-Hispanic white residents making up only 35 percent of the population.

But McCormick argues he can connect with people of all backgrounds, branding himself as "Marine. ER Doctor. Outsider.," and touting his graduation from historically black college, Morehouse School of Medicine, where he was student body president.

Healthcare and the handling of the coronavirus pandemic have been major clashing points for McCormick and Bourdeaux, but Swint said the largest contributing factor in determining the outcome of the race is which presidential candidate mobilizes more voters, particularly for McCormick to win.

If Biden wins Georgia, he will be the first Democratic presidential candidate to do so in nearly three decades.

Swint said an even more likely scenario is for District 7 to flip, following five terms with Woodall. 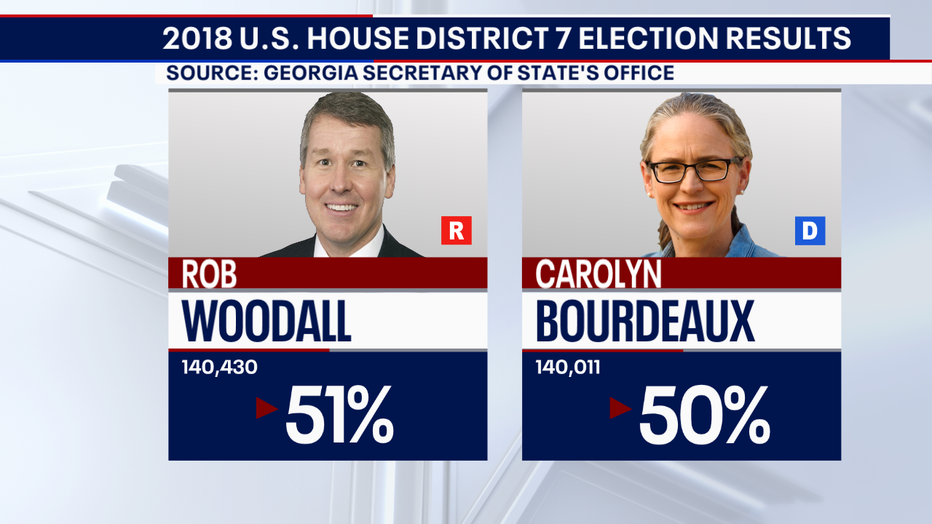