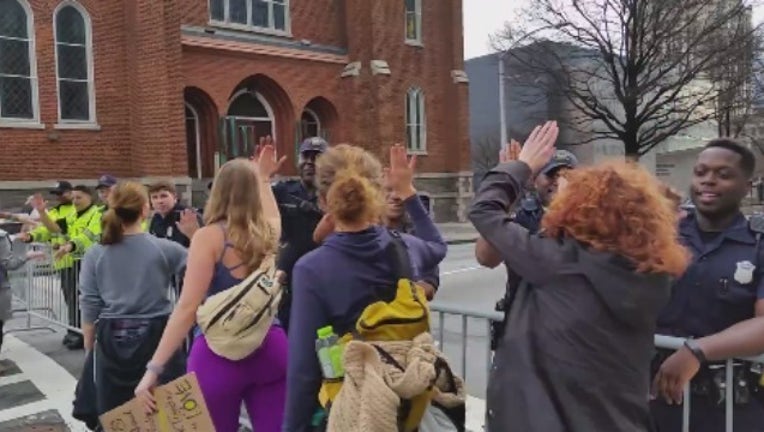 ATLANTA - A viral video posted to Facebook captured moments of mutual respect and appreciation between officers and demonstrators during the Atlanta March for Social Justice and Women.

The video, posted by the Atlanta Police Department, shows protestors high fiving, hugging, shaking hands and thanking officers as they marched along the route.

The officers can be heard saying “no problem” and “you’re welcome.”

Nicole Valenti Tomasovich commented  “Love our men and woman in blue!! This is what a peaceful protest is about. Respecting each other!”

The video has been viewed over 1.3 million times and garnered more than 16,400 shares.