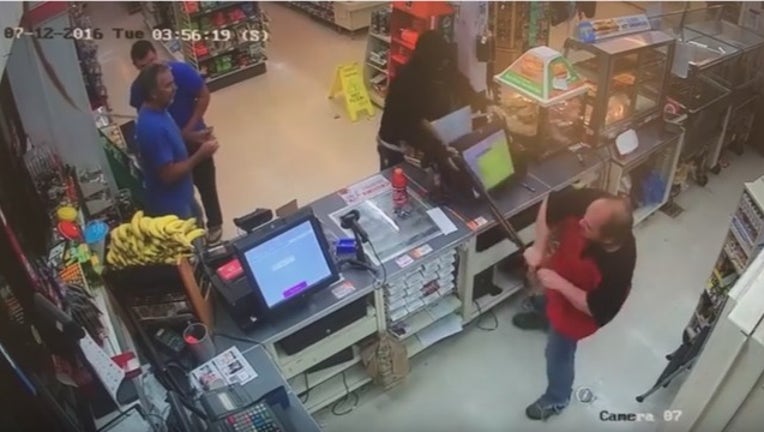 THURMONT, Md. - A 7-Eleven clerk in Frederick County is being hailed as a hero after he grabbed a rifle from an 18-year-old attempting to rob the store.

The attempted robbery began just before 4 a.m. on July 12 when a suspect armed with a shotgun entered the 7-Eleven and approached the counter. He then threatened the store clerk, who pulled the weapon over the counter and out of the suspect's hands.

Police received information the next day that led them to arrest Ryan J. Wages and charge him with the armed robbery.

Watch the whole video below, courtesy of the Frederick News Post.