COBB COUNTY, Ga. - Police in Cobb County have arrested one woman and are searching for a woman and a man who they say were involved in a scheme to steal thousands of dollars from local Target stores through fraudulent returns. 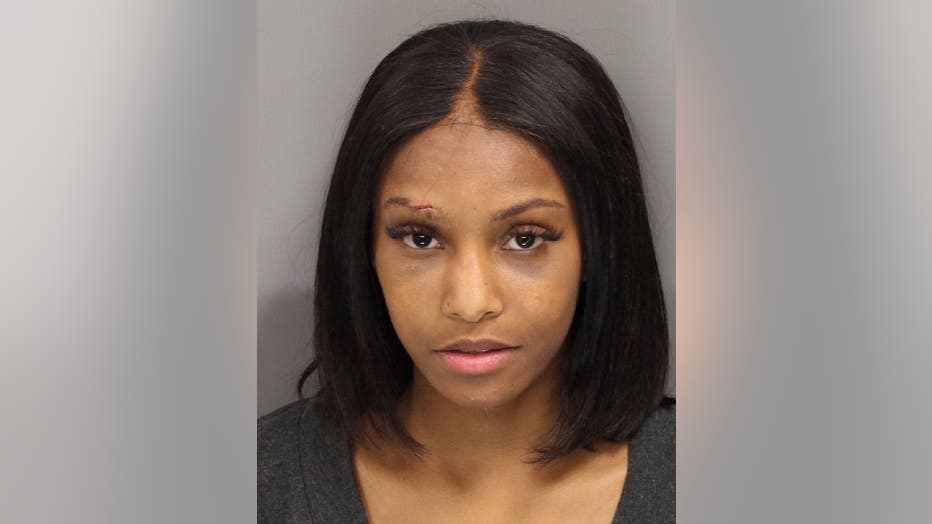 A warrant says Danielle James tried to attack and spit on a Target manager after she refused her fraudulent claim. (Cobb County Police Department)

In a warrant, Officials say on Nov. 30 at around 8 p.m., Danielle James went into the Target on the 3000 block of Shallowford Road and attempted to return one blender for the price of two with an altered receipt.

When the manager refused the return, police say James became mad, threating to "beat" the manager and tried to spit on her. She then fled in a silver SUV.

According to the warrant, Target determined that between the end of September and November, James worked with another woman, identified as Kamesha Anyra Mon'Ya Nash, and an unidentified man to use altered receipts to stealing thousands of dollars from stores around the county.

In total, the warrant says Jones was captured on video making eight fraudulent returns for over $750. Nash, who had her young daughter with her for several of the incidents, was caught on camera making five fraudulent returns.

The total loss to Target is estimated to be over $1,600, officials said.

If you have any information into the alleged thefts, please call Cobb County Police