A judge has sentenced Dalquavis Ward to life in prison without eligibility of extended supervision for the 2019 killing of off-duty Racine Police Officer John Hetland.

RACINE, Wis. - A judge has sentenced Dalquavis Ward to life in prison without eligibility of extended supervision for the 2019 killing of off-duty Racine Police Officer John Hetland.

As to count one of first-degree intentional homicide, Ward will serve life in prison without eligibility of extended supervision.

As to count two of attempted armed robbery, Ward was sentenced to 46 years, 31 of which in initial confinement with 15 years extended supervision.

As to count three for possession of a firearm by a felon, Ward was sentenced to 14 years, nine of which would be initial confinement, five for extended supervision. 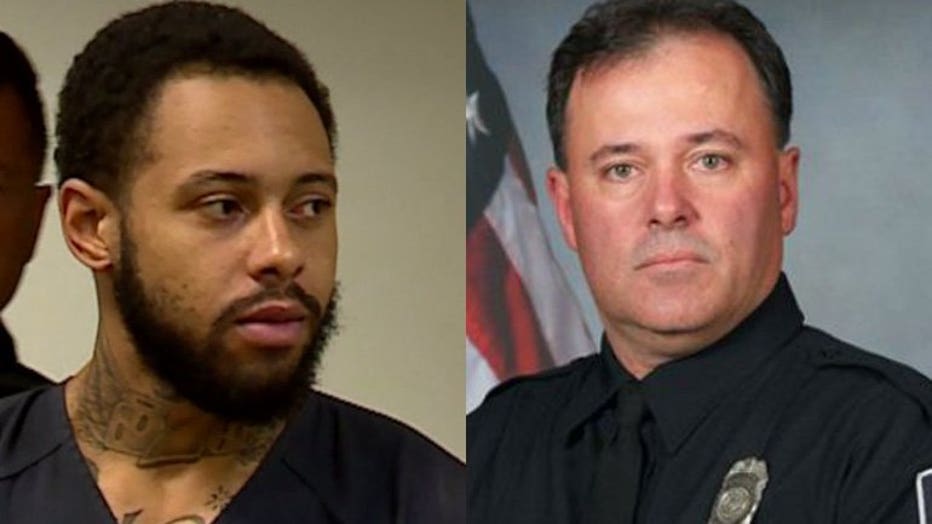 Ward will serve counts two and three consecutive to his life sentence.

The judge called this case one of most tragic incidents in Racine County.

In court, there were emotional speeches from Officer Hetland's family, calling him a hero.

“We are really at the point of just punishment,” Timothy Boyle said.

When Ward had a chance to speak he maintained his innocence.

“I would like an early Christmas present to be let go free,” Ward said.

But Officer Hetland's family -- asking for Ward to serve life without parole.

The prosecutor told the court he's never seen such an outpour of grief from the community. He called Ward a professional robber.

“When murder is required to accomplish a robbery, even that will not stop him,” Attorney Michael Graveley said.

“I ask for parole eligibility for reason of classification and eligibility in programming in the department of corrections,” Attorney Charles Glyn said.

But the judge, brought up Ward's criminal history, saying it's at the point of just punishment not allowing the eligibility of parole.

“Given that officer John Hetland will never see and be in the community ever again, is the intent and purpose of this sentence that you will not either,” Judge Boyle said.

In court, Ward says he does plan to appeal as soon as he can.

The judge called Hetland a hero as the community continues to grieve this loss.

Multiple law enforcement agencies responded to an officer-involved shooting in the area of Harwood Avenue and Underwood Avenue in Wauwatosa.