Rally calls for an end to no-knock warrants

The Enough is Enough rally calls for an end to no-knock warrants in Georgia.

ATLANTA - A group took to the streets of downtown Atlanta Friday evening, demanding change and accountability.

The group marched from Atlanta Police headquarters to the state capitol.

Many expressed their frustration over a Kentucky grand jury’s decision to not directly charge any of the officers for Breonna Taylor's death back in March.

“Instead of seething at home, we’re just trying to get out and be heard. They have to know we can’t take this sitting down,” said Brianna Fairley,  a participant.

The group also demanded an end to no-knock warrants.

Louisville Police Officers had a no-knock warrant during a raid on Breonna Taylor’s apartment back in March.

Though according to a witness, officers did knock on Taylor’s door and announce themselves. 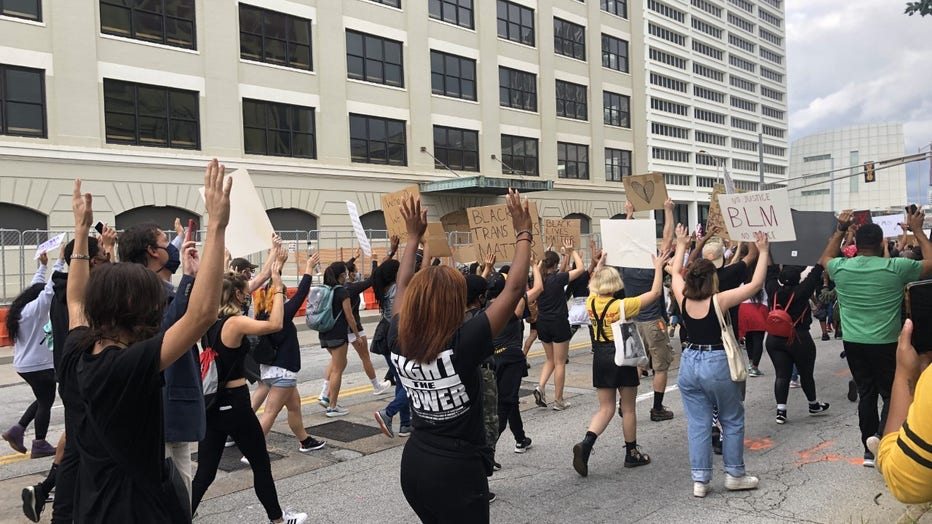 Attorney Bret Williams says law enforcement needs to knock and announce when they seek to enter a home or other establishment with a warrant, required by the fourth amendment.

The no-knock warrant is an exception to that.

“There are exceptions, like if there is the threat of physical violence where the officers believe that the evidence might be destroyed. If Officers could be injured or physically assaulted,” Williams said.

Brett Williams points out, this is an exception, not the rule when it comes to search warrants. A judge signs off on this if there is a specific need for it.

Some Georgia lawmakers say however there isn’t a need.

“It seems that this is not a tool in their toolbox that’s working for the public,” said state representative Able Mabel Thomas.

She co-sponsored a bill that would put an end to this, citing the death of Taylor and the case of 92-year-old Kathryn Johnson who was killed after police fired into her Atlanta home back in 2006.

“The no-knock warrant has not served its purpose because what’s happening is either there is not enough work done on the front end when the officers appeal to a judge to get it or it’s a thing where it’s being abused once you get to that location,” Mabel said.