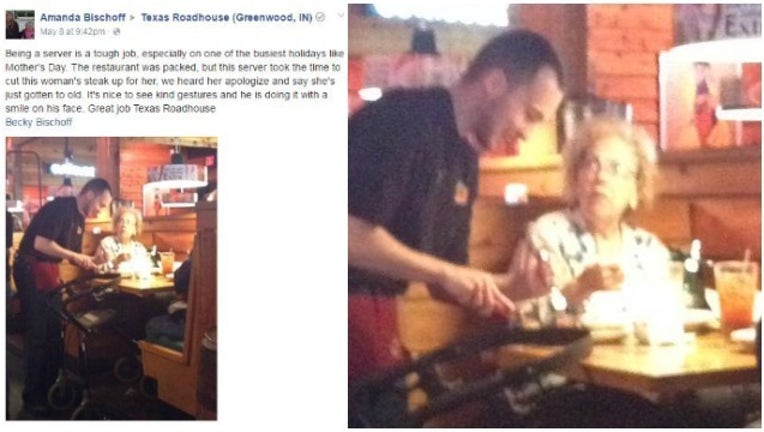 A photo of a restaurant server helping out an elderly woman on Mother’s Day has gone viral.

Facebook user Amanda Bischoff, of Greenwood, Indiana, uploaded the picture to Facebook on May 8 after witnessing an unforgettable act of kindness.

“Being a server is a tough job, especially on one of the busiest holidays like Mother’s Day,” Bischoff said. “The restaurant was packed, but this server took the time to cut this woman’s steak up for her.”

“It’s nice to see kind gestures and he is doing it with a smile on his face,” said Bischoff, who worked at the same restaurant ten years ago.

Guinther is a veteran United States Marine Infantryman, according to FOX 59 in Indiana.

Bischoff's photo has been shared more than 11,000 times.