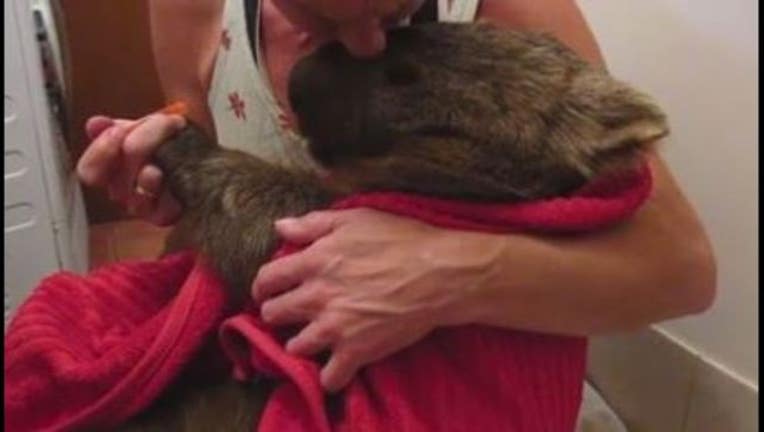 This heartbreaking video of an old wombat being cared for by Steppan shows how adorable and fragile the creatures are. The elder wombat was described as dehydrated, as Steppan does her best to get fluids into the weak and injured wombat.

Steppan said the old male wombat has reached his final days after being attacked another male wombat, as males are known to fight for territory.

Steppan said: “Male wombats kill for territory so when a male wombat is in trouble, they do things out of the ordinary to survive. In other words they will appear out of nowhere, or on somebody’s verandah, in a dog kennel, anywhere to prevent being further attacked by the new dominant male wombat.”

She added: “This is just what this old male did. He arrived overnight on an elderly couple’s verandah, very weak from hiding as they don’t eat unless it is safe. They knew about us thankfully and called us about him, otherwise he would have been shot. We went and fetched him and he is indeed an old male wombat who has been beaten up and just needs to be treated and to have a safe place to live out his final days, which he of course will get at the sanctuary. Like I said, the beauty is in the fact he has gotten and made it to the age that he has in the wild. I know he may have a day or a week or a month, but that is okay, as long as he’s safe and comfortable.”

This video of an old wombat being cared for by Steppan shows how adorable the creatures are. The elder wombat was described as dehydrated, as Steppan does her best to get fluids into the weak and injured animal.