Boy on bicycle stops to return purse to owner

BAKERSFILED, Calif. - This is a kid any parent would be proud to have. Home surveillance video shows him riding his bike past a house when he notices a purse on the back of a car in a driveway.

He stops, looks around, and peddles back.

The kind young man picked up the purse and then walked it to the front door, where the doorbell camera picked up what he did next.

He apparently saw the camera and put the purse down right in front of it.

Then he runs back to his bike and drives off. 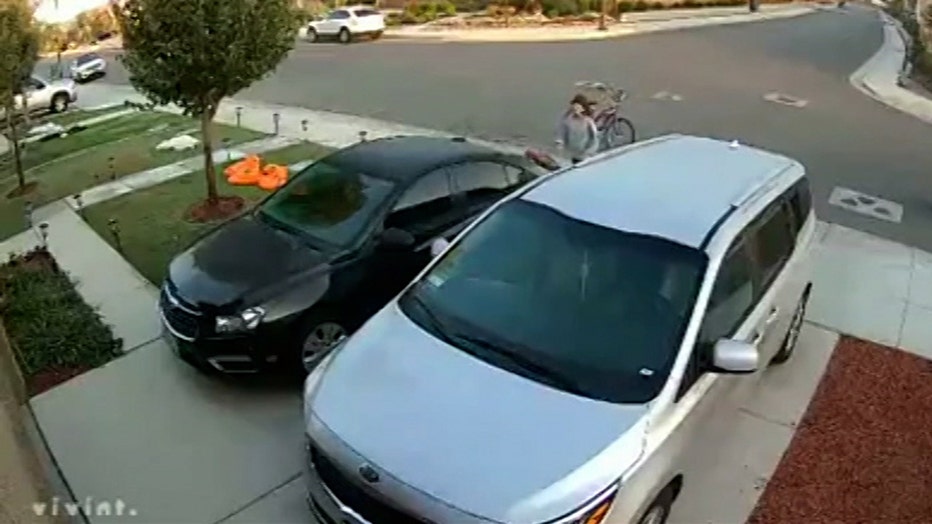 Chelsi Balfour says she didn't even realize she had left her purse outside until the next morning when it was at her door.

She later learned the young man’s name is Naeem after posting the video on social media, praising his good deed.