ALPHARETTA, Ga. - When you think about it, running a coffee shop is a little bit like starring in action movies.  The clock is constantly ticking down…you struggle to keep a steady hand around complex machines and bursts of scalding steam…and the ultimate goal is to create the perfect formula to save humanity from a caffeine-less existence.

Maybe that explains why Sophia Crawford is so good both in front of the camera...and behind the counter. 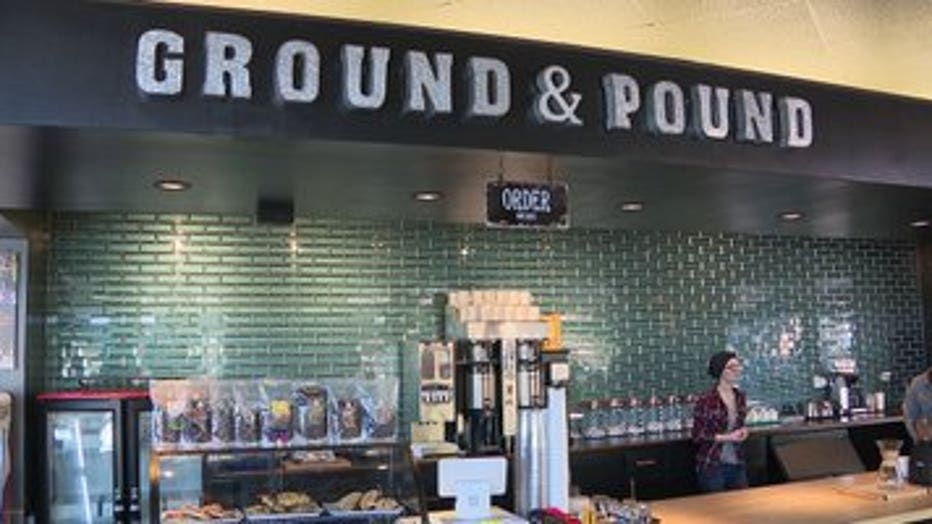 Crawford, along with friend Curtis Short, is owner of Ground & Pound Coffee in Alpharetta, a full-service coffee shop that offers a full menu of coffee drinks, tea, and pastries.  Opened in October of 2019, Ground & Pound has already attracted a wide fanbase with its spacious seating area, warm atmosphere, and a large menu of beverages.

Fun at Ground and Pound Coffee

Co-owning a coffee shop is a bit of a surprising move from Crawford, who's spent most of her life making movies instead of macchiatos.  The London-born actress carved out a successful career as a stunt performer in Hollywood films and television series, including spending several seasons as Sarah Michelle Gellar’s stunt double in “Buffy The Vampire Slayer” and doubling as the Pink Ranger in the hit series “Might Morphin’ Power Rangers.”  You’ve also seen Crawford’s work in films including Ella Enchanted, Poseidon, and G.I. Joe: The Rise of the Cobra.

Crawford moved to Georgia (along with her stunt performer husband, a native of the state) due to the booming film industry here, and along with continued work in stunts, decided to "brew up" a second act by creating Ground & Pound Coffee.  "Stunts has taught me so much," she says.  "It's taught me how to cope under pressure. Organization. Working with a group of people....So there are so many things that I have taken from working in stunts, and just brought them into the shop."

Ground &amp; Pound has attracted a wide fanbase with its spacious seating area, warm atmosphere, and a large menu of beverages.

For a look inside Ground and Pound Coffee, and to hear from Crawford and Short about their vision for the coffee shop, click the video player inside this article!