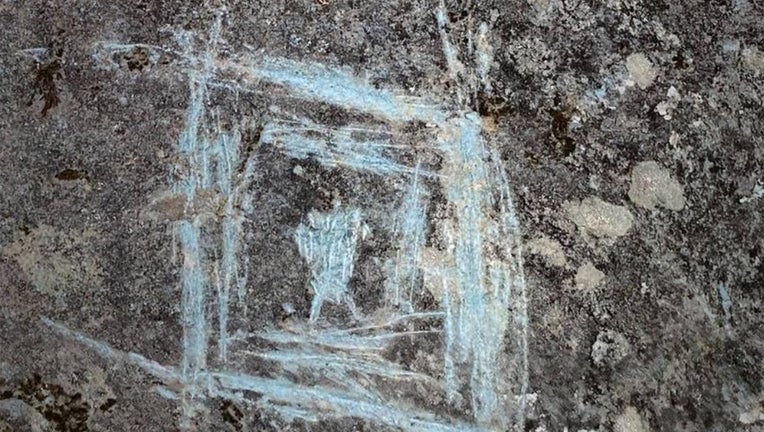 MARIETTA, Ga. - Federal authorities are searching for vandals who damaged ancient petroglyphs in the north Georgia mountains — sacred rock carvings that date back thousands of years.

Archaeologist Johannes Loubser discovered the vandalism on March 26 and reported it to the U.S. Forest Service, he said Thursday.

The vandalism includes scars made by someone using rocks and knives, but also blue, red and yellow paint, he said.

"I just thought ‘Oh no, this can’t be true,’ and then you see it," he recalled Thursday. "I was angry. It’s uncalled for, it’s thoughtless and selfish."

The carvings at the site known as Track Rock Gap have been done over thousands of years, with the earliest known evidence dating back more than 3,000 years ago, according to the Forest Service. Many of them are believed to have been made over several hundred years by repeated visits by Native Americans, and many of the figures depicted in the carvings are believed to have been made during the past 1,000 years. 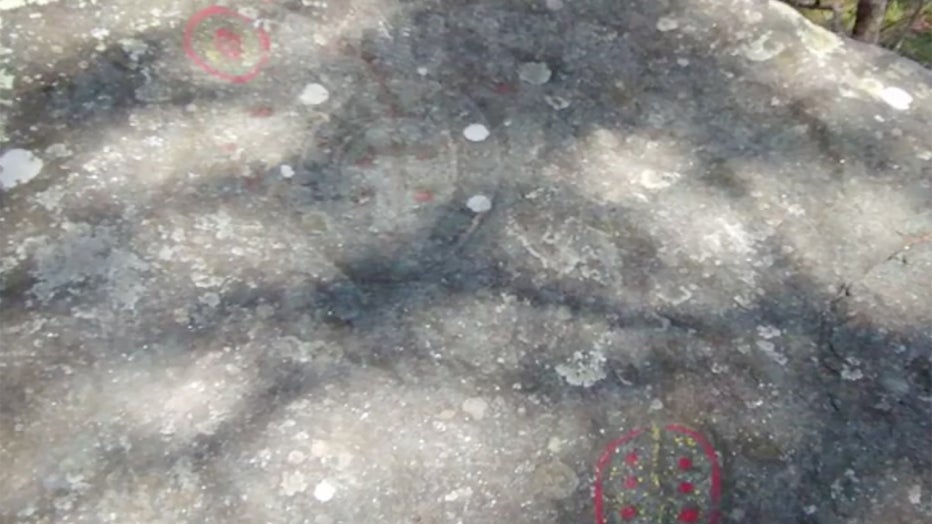 "These landmarks are sacred and historically and culturally significant to the Creek and Cherokee people, and to the Native communities who hold these landmarks and this land sacred," U.S. Forest Service spokesman Scott Raymond said in an email Thursday. "You have the commitment of the Forest Service to conduct a full investigation into this vandalism."

Loubser said he believes the vandalism might have occurred last year, but went unreported until now.

"I don’t think it was just one incident," Loubser said. "I think people came and saw other things and that emboldened them. Graffiti begets more graffiti."

The site "connects us directly to the people of the past," the Eastern Band of Cherokee Indians said in a statement after the damage was discovered. 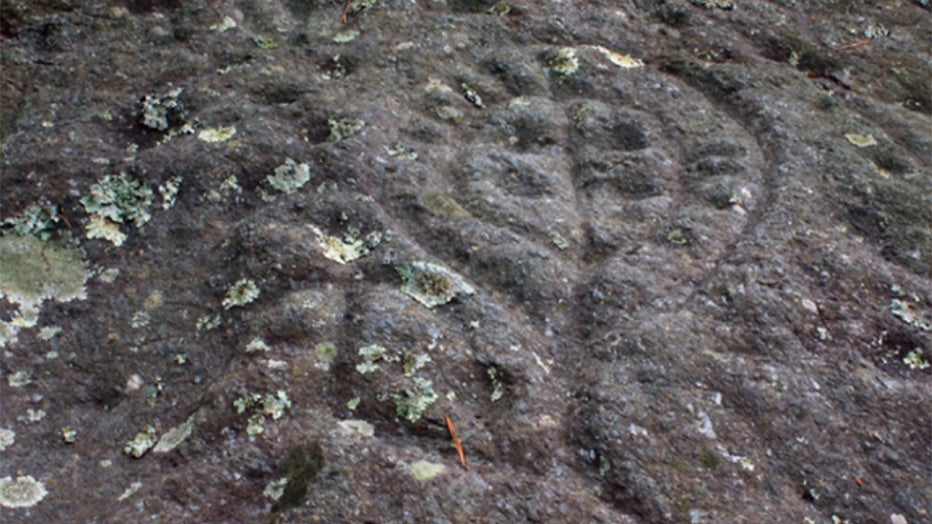 Loubser documented the site in 2009 and has advised the Forest Service about the petroglyphs and how to protect them. After the vandalism was discovered, he thinks cameras could be a deterrent.

"What is needed there is motion detection cameras, and maybe a site steward," he said. "They’re scarce on the landscape, and they were very important. They are few, they are special, they are non-renewable."

The site is in the Chattahoochee National Forest, about 100 miles northeast of Atlanta.