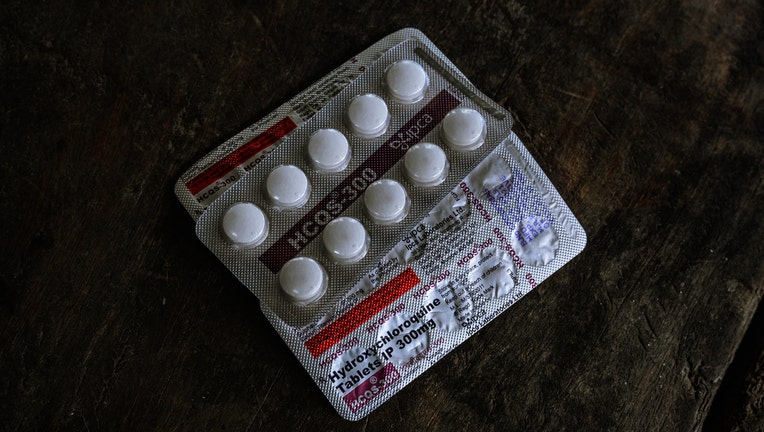 FILE - In this photo illustration, tablets on a blister pack of Hydroxychloroquine are displayed on April 22, 2020 in Tehatta, West Bengal, India. (Photo Illustration by Soumyabrata Roy/NurPhoto via Getty Images)

WASHINGTON (AP) - The head of a government agency combating the coronavirus pandemic alleged Wednesday that he was ousted for opposing politically connected efforts to promote a malaria drug that President Donald Trump touted without proof as a remedy for COVID-19.

Rick Bright, former director of the Biomedical Advanced Research and Development Authority, said in a statement that he was summarily removed from his job on Tuesday and reassigned to a lesser role. His lawyers, Debra Katz and Lisa Banks, called it “retaliation plain and simple.”

Bright was dismissed this week as the director of BARDA, as well as the deputy assistant secretary for preparedness and response. The organization is part of the United States Department of Health and Human Services (HHS) and is tasked with developing and providing medical countermeasures to man-made and natural threats, including vaccines for pandemics like COVID-19. It has recently been trying to jump-start work on a vaccine for the coronavirus.

COVID-19 protests across the United States

U.S. citizens and residents have been voicing their displeasure and disagreement with coronavirus policies and restrictions.

According to the World Health Organization, Bright joined BARDA in 2010.

“I am speaking out because to combat this deadly virus, science — not politics or cronyism — has to lead the way,” Bright, who has a doctoral degree in immunology, said in his statement, which was released by his lawyers.

“Specifically, and contrary to misguided directives, I limited the broad use of chloroquine and hydroxychloroquine, promoted by the administration as a panacea, but which clearly lack scientific merit,” Bright said.

“I also resisted efforts to fund potentially dangerous drugs promoted by those with political connections,” he added.

Bright and his lawyers are requesting investigations by the HHS inspector general and by the Office of Special Counsel, an independent agency that has as part of its charge the protection of government whistleblowers.

“While I am prepared to look at all options and to think ‘outside the box' for effective treatments, I rightly resisted efforts to provide an unproven drug on demand to the American public,” Bright said.

He also alluded to “clashes with HHS political leadership” over his efforts to “invest early in vaccines and supplies critical to saving American lives.” One of the major criticisms of the Trump administration's pandemic response is that little was done in the month of February to stockpile needed equipment.

When asked about the move during the daily White House Coronavirus Task Force press briefing on April 22, Trump claimed not to know Bright. “I’ve never heard of him,” said Trump. “If the guy says he was pushed out of his job, maybe he was, maybe he wasn’t.” 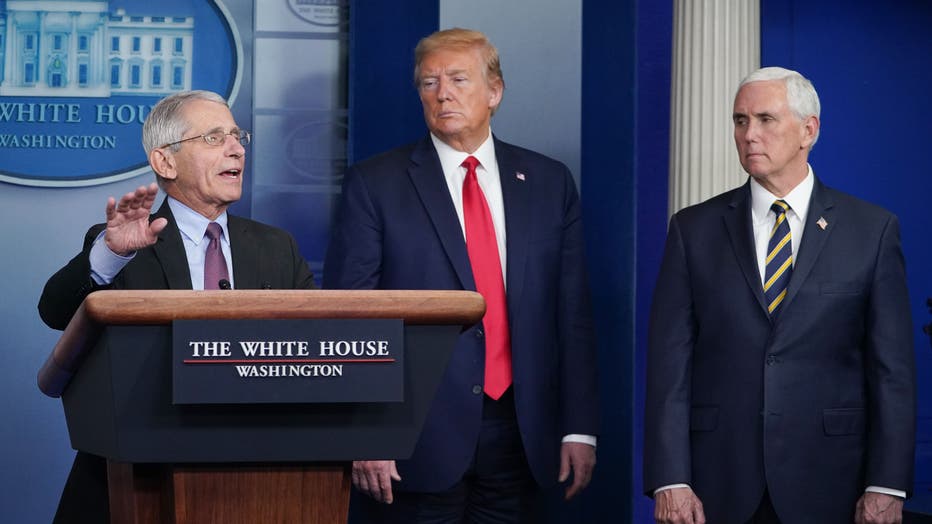 Director of the National Institute of Allergy and Infectious Diseases Anthony Fauci, flanked by US President Donald Trump and US Vice President Mike Pence, speaks during the daily briefing on the novel coronavirus, which causes COVID-19, in the Brady

According to NPR, Bright has been transferred to "a more limited and less impactful position" at the National Institutes of Health (NIH), the nation’s leading medical research agency and a part of HHS.

When reporters asked if health experts feel safe in speaking publicly regarding concerns over treatments of the virus, Fauci quickly responded, “I’m here.”  Fauci would not comment on what exactly Bright would be doing with NIH.

Trump has vociferously recommended the use of a common malaria drug known as hydroxychloroquine in combination with other medications as a treatment for COVID-19, but further analysis of the drug combos Trump suggested found more deaths from those given the drug than given standard care.

Trump suggested on Twitter last month that the drug is “one of the biggest game changers in the history of medicine.”

A nationwide study in which researchers analyzed medical records of 368 male veterans hospitalized with confirmed coronavirus infections at Veterans Health Administration medical centers who died or were discharged by April 11.

About 28% who were given hydroxychloroquine plus usual care died, versus 11% of those getting routine care alone. About 22% of those getting the drug plus azithromycin died too, but the difference between that group and usual care was not considered large enough to rule out other factors that could have affected survival.

Hydroxychloroquine made no difference in the need for a breathing machine, either.

Researchers did not track side effects, but noted that hydroxychloroquine might have damaged other organs. The drug has long been known to have potentially serious side effects, including altering the heartbeat in a way that could lead to sudden death.

On Tuesday, the NIH issued new treatment guidelines from a panel of experts, saying there was not enough evidence to recommend for or against chloroquine or hydroxychloroquine for COVID-19. But it also advised against using hydroxychloroquine with azithromycin because of the potential side effects.