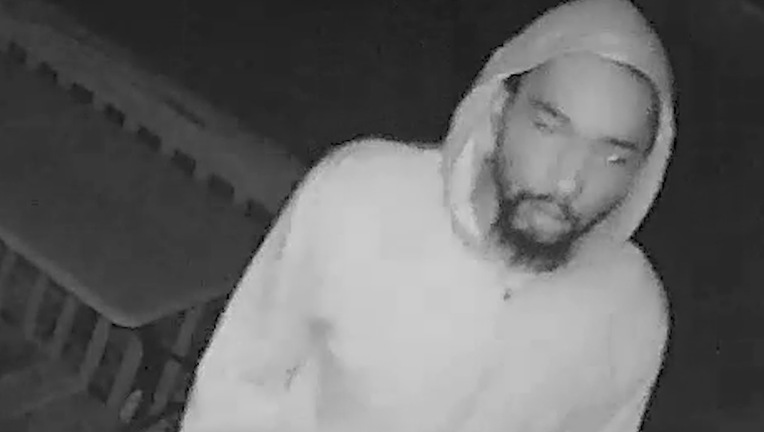 UNION CITY, Ga. - Union City Police are asking the community to be on alert for a "peeping Tom" caught on surveillance cameras looking into at least one home.

Lateshia Powell said she checked her neighborhood NextDoor app and saw neighbors' posts about a strange man in the area, so she checked her security cameras and was shocked at what she saw.

The cameras showed surveillance of a man looking into her bedroom window as she sat inside, and then the video showed the man touching himself as he looked through her kitchen window.

Police in Union City are searching for a suspected peeping Tom.

"He was just looking in the windows...and fondling himself," said Powell.

Powell said her cameras showed the man returning within 24 hours and watched the family again.

"I don't know what's in his mind, if he can boldy walk onto the porch and he isn't scared, I'm scared he will take this further and come back," said Powell.

The worst part, Powell said, is she feels this man has taken her family's sense of safety.

"It can happen to anybody, so I want to make sure that it doesn't go any father and that everybody is aware of their surroundings," said Powell.

Union City Police suggest getting security cameras around your home if you're able to, and if you spot this man around your neighborhood, call police immediately.