The Atlanta Police Union says the already low manpower situation in the city has worsened.

Multiple sources inside the Atlanta Police Department and City Hall tell FOX 5 that police supervisors have had to deny days off to officers just during the workweek.

"APD is slated for right at 2,000 men and women. I don't know the exact number, but what I do know is it's under 1,600," Atlanta Police Union Director Vince Champion said.

The worsening manpower can have an impact obviously on the safety of the streets. But there is an additional issue that has arisen after a 2020 year of extraordinary events that included police sickouts, effectively protests arising out of disputes surround police confrontations.

Now, during what city leaders would hope would be a return to normal, the overall manpower has gotten so low, the remaining officers are frustrated that when they ask for time off that they are due.

"They can't take the time off, because if they take the time off they leave the city short on manpower," Champion said. "Are they up to the par they should be because of where they're at mentally and physically." 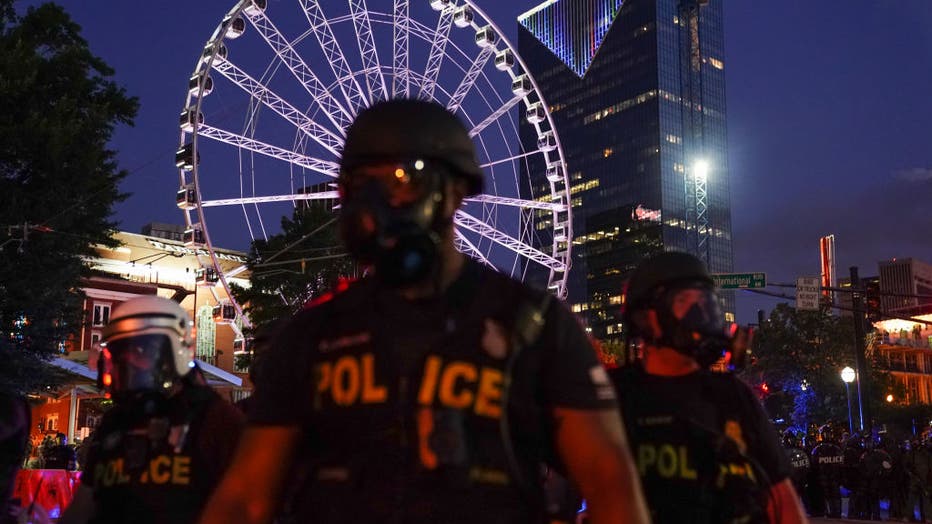 Police officers are seen during a demonstration on May 31, 2020 in Atlanta, Georgia.

A member of the council public safety panel says overworked officers is not healthy for staff or good for residents.

"I've heard that officers are going to doctors and getting doctor notes saying 'I'm stressed out and I have to take time off," Dustin Hillis said. "The first thing that comes to mind to me is the city's liability if those officers aren't getting the time off that they've earned, deserve, and need."

There's a City Council paper to give a retention bonus to officer to remain in the city. The union says that's a good idea, but the larger issue is that the officers need to feel like they're supported by City Hall with the decisions they make on the streets.