Police say two separate murders took place overnight in Atlanta at the same time less than 2 miles from each other.

ATLANTA - A pair of deadly shootings kept Atlanta homicide detectives busy during the overnight hours.  Both of the murders took place at almost the same time, less than 2 miles apart.

At 12:15, a man on foot called 911 reporting seeing a man who had been shot on the entrance ramp from Downtown Atlanta's Pryor Street to Interstate 20 West. Arriving officers found the victim, who died at the scene. Detectives interviewed the 911 caller, collected lots of ballistic evidence from the scene, and even possibly discovered some video that could help with the case.

Investigators say the victim was 31 years old.  They aren't sure where he lived.  There are numerous homeless people staying in the area of the ramp, but police say it's too early to know if he was homeless on not.  No arrests have been made, nor has any suspect description or a possible motive for the killing been released.

At the same time as the caller was reporting the Pryor Street killing, another call came into 911 about a shooting in Southwest Atlanta. That's where a man was gunned down at the intersection of Smith and Mary TStreets. 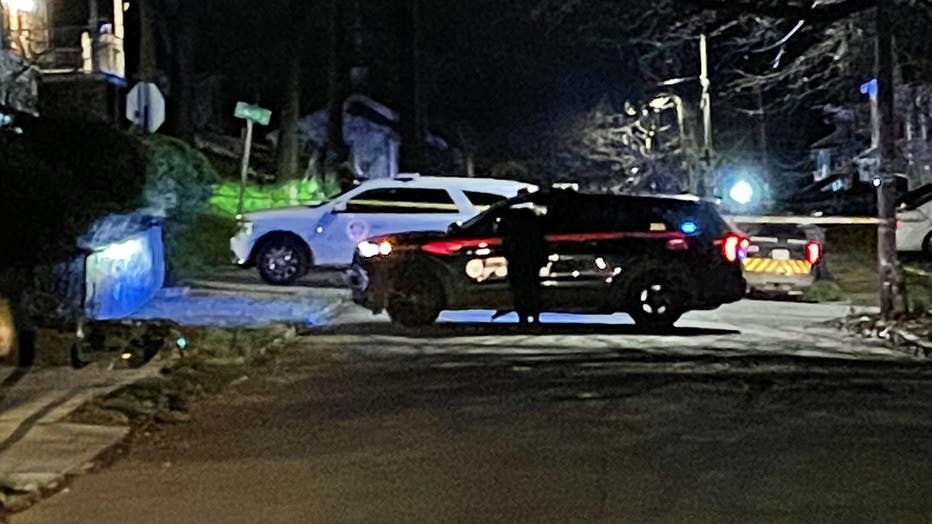 The Medical Examiner's office responded to the scene

That victim was 35 years old and lived in Atlanta. Police didn't say if he was from the neighborhood where the shooting took place. His name hasn't been released.

With not much to go on, detectives were going door to door hoping residents could give them surveillance video or information that could help them ID the killer.

Police say the two crimes do not appear to be connected.

If you have information about either of the deadly shootings, please call the Atlanta Police Department.