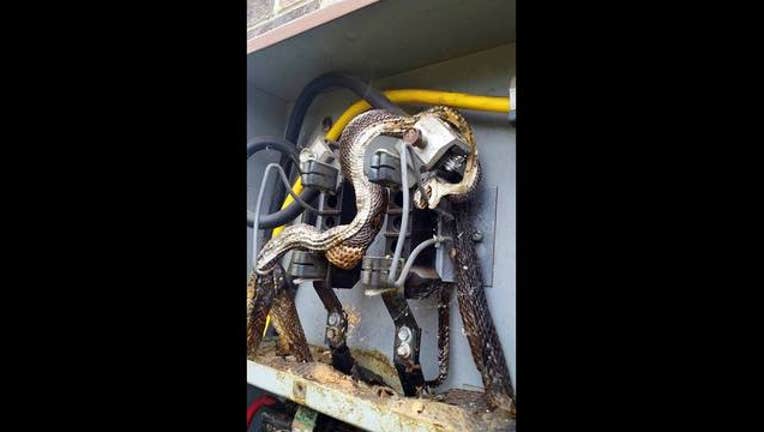 MORGANTON, NC (WJZY) - City of Morganton Electric Services Department Workers were in for a surprise last week when they went to disconnect power at a house on E. Parker Road.

According to the City of Morganton's Facebook page, the house is scheduled to be demolished.

They said when City workers opened the electrical box, they were greeted by two dead snakes that had managed to climb into the box.

Officials said one snake slithered across two hot terminals and was electrocuted; the second snake was biting the first and received the jolt as well.